Nine is extending its original lease from 18,500 square metres to bring together all of its key Sydney divisions into one office. The new lease comprises a ground floor reception and studio plus 13 floors from ground level to nine in the low-rise and 19 to 22 in the mid-rise with floor plates ranging from 1,650 square metres to 2,517 square metres. 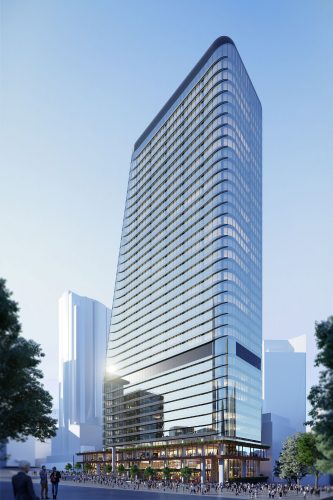 Nine will soon commence their fit-out, designed by Bates Smart Architects and will stage their relocation from the second half of 2020.The company is moving employees from Willoughby, Pyrmont and the CBD into the new state-of-the-art North Sydney location. 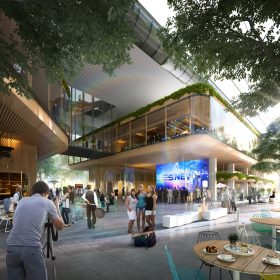 Stuart Vaughan, development director at Winten Property Group, said, “1 Denison anchors an era of exciting new development in North Sydney. As Sydney continues to expand, the North Sydney precinct will further ascend as a pivotal business and lifestyle hub, which is a catalyst to it regaining its position as the media and technology hub. We have already attracted three of Australia’s largest corporate companies including Nine, Microsoft and SAP.

“One of the defining features of 1 Denison will be its first-class selection of eateries, restaurants, bars and cafes. It will become a popular meeting point for North Sydney residents, tenants and business owners.”

“North Sydney’s skyline is rapidly changing with several new hotels moving into the area. Large corporates are also realising the significant benefits associated with moving to North Sydney. These include quick transport access to the CBD, flexible and modern office spaces, a wide selection of shopping centres and malls and accessibility to a large pool of skilled employees from different industries that live in the area,” he added.