Not only is he rewriting the rules of soccer as the proud owner of Coventry City Football Club, he’s also got some forecasts about the ever-changing media landscape.

Brody spoke to B&T about “The Great Rewrite” – how technology has enabled societal and institutional disruption on a mass scale that the entire global operating system is being rewritten, and what it means for the media industry.

He anticipates more alternative funding of investigative journalism in the future, endowed and operated in much the same way as the Public Broadcasting Service in the US, and The Guardian in the UK.

However, when it comes to traditional daily news, Brody predicts an increase in hyper-niche content sites founded by savvy and talented journalists.

Moreover, this would be financially sustainable by using automated advertising rather than reliance on a traditional news organisation sales team, he said.

“I think a journalist – an excellent journalist – has a much better economic case for building his or her own web property,” Brody said.

“While they may get less traffic than they did at their former publication, they will get a much higher frequency of visits and control over topics.” 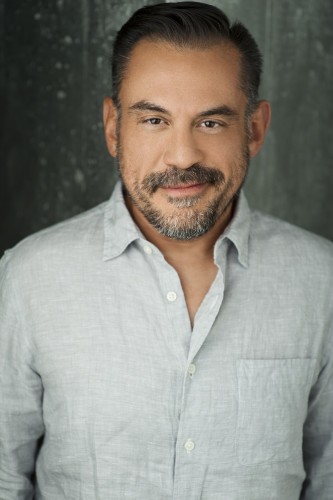 Brody is a firm believer that free daily news will survive as the media industry evolves.

“I do not think pay walls are the answer,” he said.

“I think the day-to-day news has got to be free, and it has to be a loss leader to create other forms of revenue, whether that is advertising or transactional.

“I do think there are premium types of content news organisations can provide and charge for. Whether that is more research or educational-orientated, I think people will pay for those certain kinds of premium content.”

Brody notes that even The New York Times is still quite a bit open despite its restricted pay wall.

“With The NYT you get ten free articles per period, so if you are a casual reader of The NYT, that is probably good enough for you,” he said.

“I have not looked into The NYT financials in a long time, so I do not know if the pay wall is working.

“They would be the one organisation that could pull off a pay wall because it is such a dominant brand, and the content is so specific – it is almost magazine-like.

“I think there are going to be very few newspapers in the world that can pull pay walls off. Maybe The Washington Post in the US, maybe the Financial Times in Europe. That is probably it, to be honest.”

Brody is a big believer that media organisations need to be more creative in generating revenue and the different types of financial structures that support their news business, and said they are decades behind in generating transactional revenue from their content.

“I believe that one of the big downfalls of traditional media businesses was that they saw themselves as companies that sold products for other people,” he said.

“For example, the travel section of a newspaper was there to provide eyeballs for advertising for people who sold travel, but that should not preclude that same newspaper from having their own online travel businesses to generate reach for themselves.”

According to Brody, this would work “as long as they do not treat themselves anymore more favourably than they would their advertisers”.

Brody also believes a lot of the rewrite from technological advancements is about to hit the professional sports industry.

It may seem unusual at first glance for a Canadian to buy an English football club, Coventry City, but Brody wanted to be involved at the base economic unit of a professional sports club to see the rewrite happen.

“I do not think professional sport is different to any other business, and I think the economics around broadcasting will change,” he said.

Inevitably, Brody said those media rights are going to change as professional sports and broadcasters enter a very challenging environment.

“You are in an environment where it is entirely plausible that the NFL or English Premier League could completely get rid of ESPN and do their own channels or networks,” he said.

“It is also plausible that the value of those media rights deals are going to drop dramatically over time as people realise that they do not need traditional television to watch professional sports.”

Brody said professional sporting club owners need to diversify their revenue base by not being reliant on broadcast rights revenue.

Moreover, they need to get better wallet share from their fan base by bringing the game closer to the fans.

Brody thinks a very different professional sports environment will emerge in the next decade by creating environments and inject points where fans get closer to the game itself using technology to get involved in the actual on-the-field play.

“For example, the movement around fantasy sports is a great business example that the leagues themselves should have been involved in because it was a clear monetisation of the fans’ desire to get closer to the game,” he said.

Brody, a very devoted football fan since his lawyer days as a professional football player agent, thinks that having fans more involved in both team and game level is an excellent paradigm.

“I think fans need to be given the right to inject themselves into game decisions,” he said.

“Whether that is decisions on game day or helping coaching staff, fan engagement needs to be brought to a very new level.”

Leonard Brody will be in Australia next week for CommBank’s Wired for Wonder event.