America’s space agency NASA has just unveiled its very fancy new Space X Falcon 9 rocket that’s due to put astronauts back in orbit sometime in May.

But it’s not this marvel of human technology that’s grabbing everyone’s attention, rather it’s the revamped logo on the side of the groovy spaceship that appears to be attracting most people’s attention.

Known as the “worm”, the logo was used by NASA from 1977 up until 1992 when it was replaced by its current design – and original logo from 1958 – that’s affectionately known as the “meatball”. Check the two logos out below: 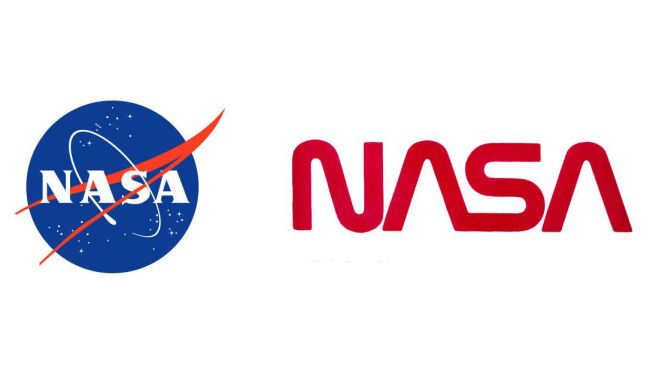 However, design nuts are loving the return of the worm for its sleek, clean design and quintessential 70s vibe.

Commenting on the return of the worm, NASA said on its website: “There’s a good chance you’ll see the logo featured in other official ways on the mission and in the future.

“It seems the worm logo wasn’t really retired, it was just resting up for the next chapter of space exploration,” the statement read. 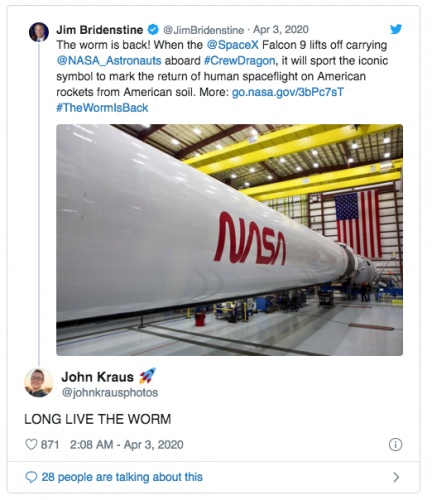 However, it’s not the first time in recent times that America’s space industry has gotten more media for its logos than it has its technological triumphs.

Back in January this year, Donald Trump announced a new division of the airforce called US Space Force.

It wasn’t bad enough that soldiers in the unit were paraded in jungle camouflage fatigues (not ideal for the earth’s outer orbit), but it was quickly pointed out that Space Force’s logo looked like a direct ripoff of the one seen in Star Trek films. Check ’em out below: 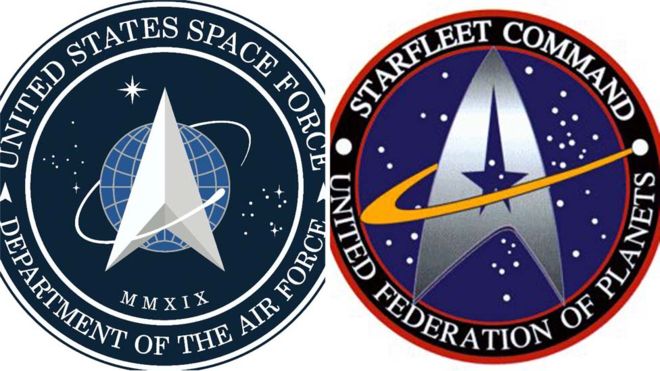