A cheeky social media campaign is underway in the nation’s capital to stop the ACT lifting its ban on OOH billboard advertising.

The “Keep Canberra Nude” campaign, devised by Deb Cleland and Lisa Petheram, has supporters strip starkers to protest the possible lifting  of rules governing outdoor advertising in the ACT. 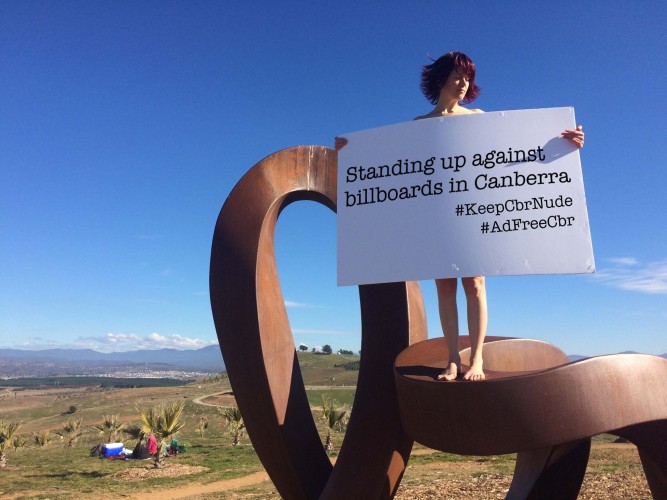 Thus far all the pictures of the #KeepCbrNude and #AdFreeCbr appear to be solely of women, all taken beside famous Canberra landmarks.

One of the coordinators of the Keep Canberra Nude movement, Tim Hollo, said the naked protests weren’t intended to be raunchy, and were more “carefully-posed photography”. 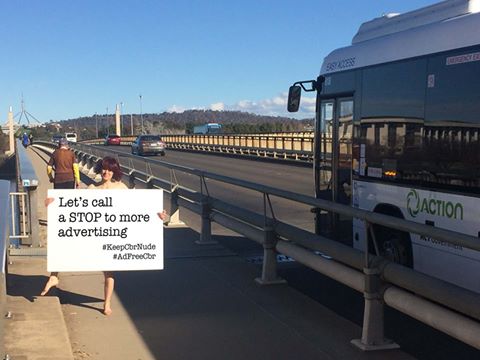 Hollo, whose comments were reported in the Canberra Times, said: “Everyone I talk to about [the billboard inquiry] says it’s nuts, why would we want more advertisements? 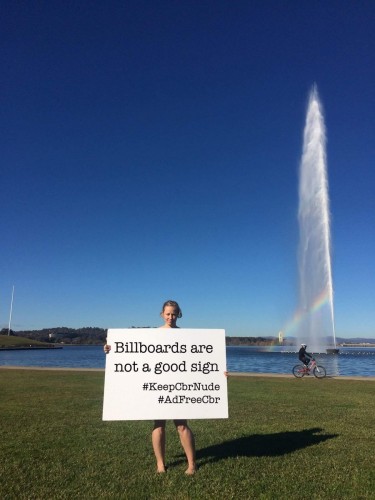 “The almost ad-free nature of Canberra is one of the best things about the place,” he said.

Submissions to enquiry proposing to lift the city’s OOH bans finished yesterday while Unions ACT are also petitioning the local government to ban all outdoor advertising and not renew existing contracts for bus and bus stop ads too.

One of the many submissions protesting the potential lifting of bans on outdoor ads labelled billboards as the “absolute antithesis of what Canberra is”, while another called them “litter on a stick”.