Reitkopf has been the agency group’s Americas CEO since 2010, and was appointed the first president of MullenLowe Group’s rapidly growing New York office in 2016.

Mooney joins the network from Publicis.Sapient, where he held the role of director of sales and partner alliances. 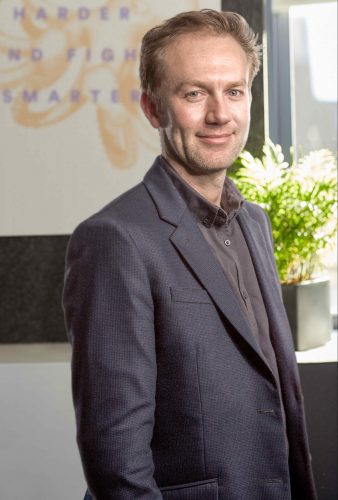 His appointment follows a global career across Australia, Africa and the UK, with management positions at SapientRazorfish, Razorfish, ArdentDigital, BlueArc and Ryarc.

Mooney will initially be based in Sydney, and will be relocating to New York in 2018.

In addition, founding partner and global CEO Wayne Arnold will depart MullenLowe Profero on 25 March 2018, 20 years to the day since co-founding the agency in North London in 1998.

“Appointing brave, innovative thinkers like Aaron and Ben to senior positions is testament to Wayne’s visionary and tenacious global strategy,” he said.

“Elevating Aaron to chairman from within the business reflects our values of finding quality people from within.

“MullenLowe Profero is a world-leader in digital transformation by combining technology, creativity, media and experience design to create innovative and business changing digital solutions for some of the world’s greatest brands.

“With double digit growth over the last five years, the agency network and its leadership team continue to excel in uncharted and fast-moving market conditions.”

“I believe 2017 will be considered a watershed year for our industry, when the market accelerated its shift from traditional marketing communications to business transformation around digital touchpoints,” he said.

“Aaron’s elevation and the creation of a new role for Ben’s reflects our vision for the future of marketing. It’s deeply satisfying to leave the business with strong leadership and a compelling market proposition.

“I am fortunate to be in a position to take some time out, currently for a minimum of 10 months, in order to work out where I can add the most value in my professional career over the next decade and beyond.

“Profero was launched at the start of the modern internet tech revolution, and we are now witnessing the next stage of this evolution with technology becoming more human every day.

“It will be fun to work out where the next phase of growth will come from, and in some way to be part of that. However, my first step will be to stop running at 100mph for a while!”

“I’d like to personally thank the thousands of people who have been part of this 20-year journey so far; from those who started in the office behind the not-so-beautiful laundrette in Islington, to the hundreds of globally curious team members, clients and partners who have helped drive extraordinary work and growth.