Ten’s disappointing 2018 series of I’m A Celebrity…Get Me Out Of Here! has finished with a bit of a whimper, pulling its worst ever ratings for a finale.

Last night’s episode, that saw comic Fiona O’Loughlin crowned the jungle winner, was watched by 684,000 viewers, making it the worst-watched finale in the show’s four-year history. The corresponding episode in 2017 pulled 989,000.

Noll, of course, found national fame on his first reality TV outing 15 years ago when he placed second to Guy Sebastian in Ten’s Australian Idol. On the announcement that Noll has again placed second, social media quickly lit-up with some gentle taunting. Check out some of it below: 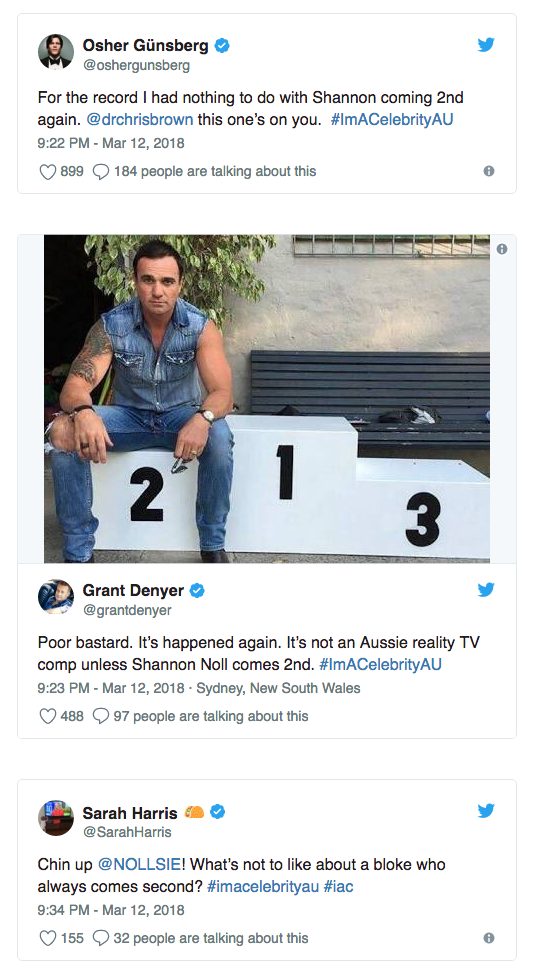 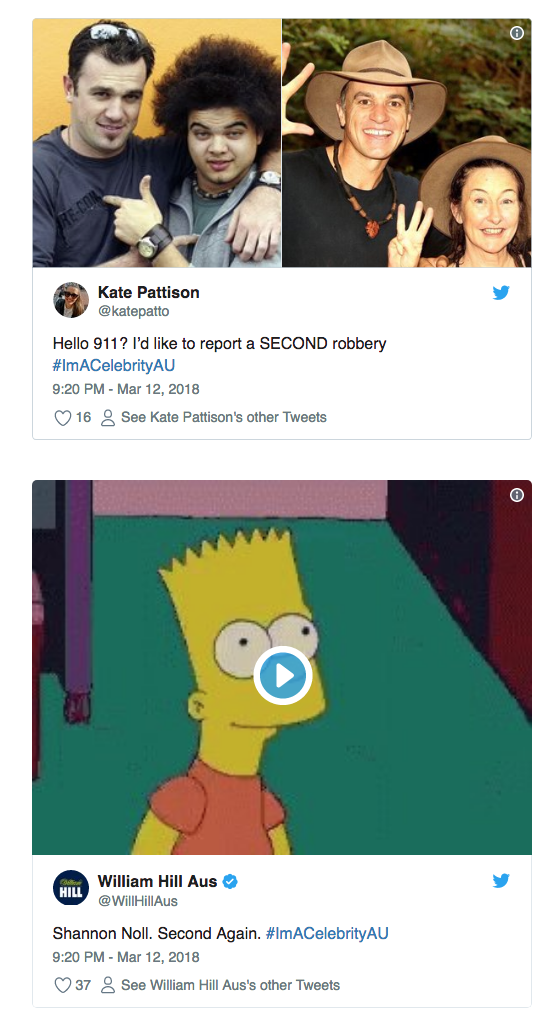 In other TV news from Monday, Nine’s Married At First Sight was the most watched show of the evening with 1.26 million viewers. Over at Seven, MKR managed 926,000 sets of eyeballs.

Nine won the night in a tight tussle taking 29.8 per cent audience share. Seven wasn’t far behind with 28 per cent. The ABC again pipped Ten with 18.2 per cent versus 17.7 per cent, respectively. The SBS had 6.2 per cent.

It was also tight in the 6pm news bulletins, Nine just holding off Seven by a million to 981,000.

Best for the SBS was River Cottage Australia that managed 207,000.

I'm a celebrity get me out of here OzTam Shannon Noll