Sports Illustrated, long renowned for using skinny supermodels on its cover, has given its 2016 Swimsuit Issue a new look and feel, with three separate covergirls.

“All three women are beautiful, sexy, and strong. Beauty is not cookie cutter,” Day said.

“Beauty is not ‘one size fits all.’ Beauty is all around us and that became especially obvious to me while shooting and editing this year’s issue.” 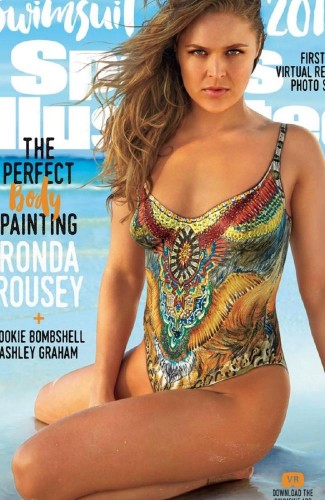 Last month, Rousey was unveiled as one of the cover stars when she showed off a painted-on swimsuit post photoshoot.

“It’s a real honour being part of such a historic issue that really pays homage to different body types of women and not promoting just one cookie cutter image for every woman, but showing that the healthiest version of every body type is the sexiest version out there,” Rousey said after the covers were unveiled in New York on Saturday.

“And I couldn’t be happier … I think I was just as honoured to get it as to be there in person to watch Ashley’s reaction.” 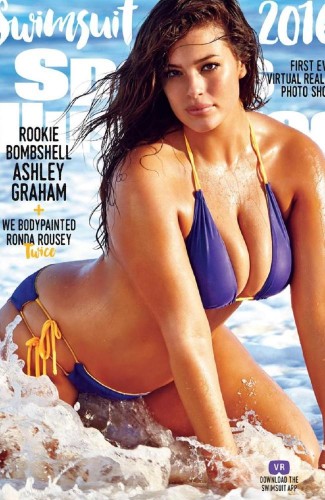 Graham, a size-16 lingerie model, is only the second plus-sized babe to appear in the mag’s swimsuit special, but the first to appear on the cover.

After the announcement, she burst into tears and said, “I’m shaking. I’m so honoured.”

And third model Clouson, 20, is no stranger to the Sports Illustrated cover, modelling in the mag twice already, and being in the industry since she was 14.

“Hailey is the cool girl who doesn’t even know how cool she really is,” Day added. 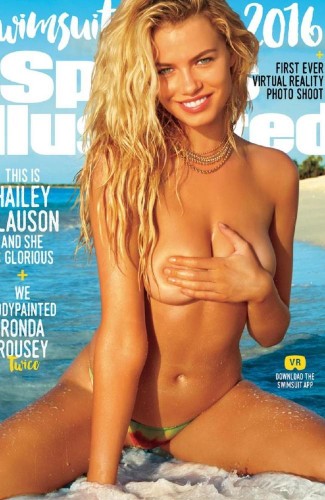 “She’s not only every man’s dream but also every woman’s ‘girl crush.’ She’s goofy. She’s smart. And she’s completely humble. What’s crazy is you don’t even feel like she knows that when you’re around her.”