The announcement was made at the association’s annual APAC event in Singapore on Friday night.

Mnet won the top award after final judging across 87 shortlisted entries in 15 categories of mobile marketing. Mnet’s work for Kia, the ‘Game On’ app, was a big winner in three of the categories.

‘Game On’ won Gold in the Cross Media category, Silver for Brand Awareness and Silver for Best App.

The MMA said the finalists and award winners represented the pillars of innovation, creativity and success: “Highlighting the teams and talent that push the boundaries of mobile marketing to reach and engage with consumers like no other media channel.”

Mnet’s Kia ‘Game On’ app was a world first and stormed the Australia market on its release in January for this year’s Australian Open Tennis Tournament, also attracting unprecedented overseas attention. ‘Game On’ enabled people to attempt a return of serve using their mobile phones in front of their TV against the world’s fastest-serving professional tennis player, Sam Groth, whose serve has been clocked at 263 kph.

The App achieved almost 200,000 downloads in two weeks, was played in 111 countries and had user engagement of well over 15 minutes, garnering significant social media and PR coverage and contributing to a bumper sales month for Kia. The television channel that broadcasted the campaign commented that it has set the benchmark for second-screen viewer engagement. 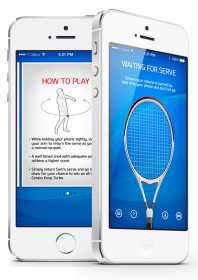 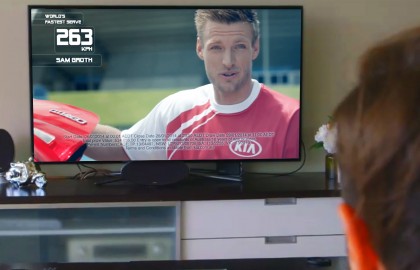 Mnet CEO Travis Johnson said, “We’re thrilled with recognition for the high caliber of work within Mnet. For this particular App we went out on a pretty big limb to develop the technology back-end without external funding and are really happy to be recognized by our peers across the region for our focus on both innovation and results. These awards are testament to the imagination and skill of our team at Mnet and great support from Kia, Initiative and Innocean.”