If there were any lessons to be learned from the recent #milkmo supermarket milk debacle, argues Shout! Web Strategy’s Michael Jenkins (pictured below), it’s that there’s plenty of power in an emotive social campaign…

You’d have to be living under a rock to have not heard about the recent dairy crisis. First came the usual news reports, then came Waleed Aly’s now famous plea which kickstarted a huge social campaign – including #Milkmo. 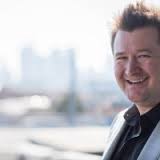 There in itself is the campaign’s key to success. High profile ambassadors with credibility, and a platform to call for an immediate response.

And so began the power of social influencers.

In a sign of support and solidarity for Australia’s dairy farmers some of the country’s most recognisable faces joined forces in a Sunday Herald Sun driven social campaign; Karl Stefanovic, AFL legend Jonathon Brown and Georgi Coghlan among the many. Critically, these influencers not only have social reach, but each have a media outlet to further amplify the campaign.

Putting a modern spin on the famous 1990’s Got Milk? campaign from the US, athletes, actors, presenters and politicians have posed with a milk-stache, uploading the photos to their social media using #milkmo, urging Australians to buy more locally produced milk and to send a message of support to our dairy farmers.

As a result, these identities have created a groundswell of support and kickstarted one of 2016’s most powerful social campaigns thus far. With over 1 million people reached and 3.2 million impressions across Twitter and Instagram, #milkmo is a perfect example of social for good.

What’s ironic is that this is all for the dairy farmers, many of whom are yet to be serviced by the NBN! The multi-platform mix of social and traditional media is undoubtedly to complete market saturation.

Integrated campaigns like #Milkmo help drive the news agenda. They generate a huge spike in awareness, helping to explain both the problem and action needed. This is followed by public photo uploads – in this instance of Aussie made milk that has made its way from the supermarket into the homes and mouths of regular Aussies. Then comes the big guns. Because of the huge groundswell of public support, even the PM can’t ignore it adding the issue to his public agenda and resulting in a $555 million support package announced recently.