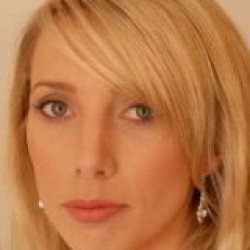 
Independent customer experience agency, MercerBell, has made three significant changes to its creative department with two hires and an internal promotion.

Josh comes to MercerBell after running his own digital business, RandomBlowUp, for more than eight years.

While Sophia switched from broadcast to advertising in 2013, completing the ADMA Creative School course, before being named most promising junior creative by Australian Creative in their final issue.

In addition, ECD and co-founder David Bell has promoted creative group head Simon Bloomfield to the role of creative director. Bloomfield joined MercerBell from OgilvyOne in 2013 to run the Toyota and MasterCard business. He has since helped the agency land the Foxtel CRM and Foxtel Customer & Business digital work, along with leading high profile campaigns for Fitness First and the Australian Paralympic Committee (APC).

According to Bell, “in the 15 year history of MercerBell there’s only ever been one CD – and that’s been me. Simon’s made a tremendous contribution to all areas of the business since joining us, and I’m delighted to promote him into this key role.”

Bloomfield will continue to look after the Toyota, Foxtel, Fitness First and APC business, along with taking up a more prominent leadership role within the agency.