In this industry, it’s all about finding your niche, nestling into the place that no one else has taken up yet. However in this saturated marketplace, actually finding an untapped area is tricky.

And yet, this lingerie brand has managed to figure out its slot.

It’s lingerie for men. Sexy, lacy, silky bras and panties for males. Too often men have a limited choice for underwear choices, boxers or briefs, white, black or sometimes patterned.

Created in 2008 by Aussie couple Brent and Lara Krause, the brand HommeMystere has secured a surge in popularity and coverage since launching its online website, according to the New York Post.

Per the brand’s website, the online store was introduced to meet the demand since its range was involved in the Las Vegas International Lingerie show in 2012. 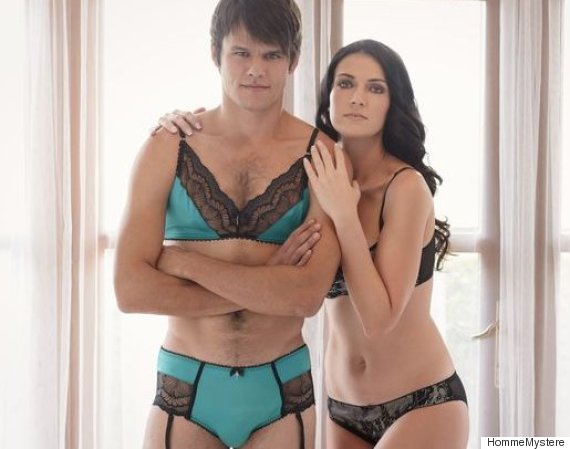 The brand was launched as men’s lingerie in mainstream stores was deemed ‘too confronting’, the website explained, but ‘not exciting enough’ for adult shops.

“The general profile of HommeMystere customers is male, married and over 40,” the site said. “He has discerning taste in underwear and want luxury garments but does not need to show it off to others. He wants something new and exciting to buy and usually has the disposable income to make that purchase.”

The brand has been garnering much attention lately, with ARN’s 101.7WSFM suggesting Jonesy would look pretty good in some lovely lingerie.

HommeMystere @H_Mystere are making lingerie for men! We reckon Jonesy could carry it off! pic.twitter.com/aekhFOkKqI