A Melbourne vigilante has been caught red-handed blasting three billboards with a fire extinguisher filled with paint at Melbourne Central station last month.

The screens are part of the JCDecaux Rail Network.

On his personal website, he admitted to the act, describing the billboards as “some of the most obnoxious advertising in Melbourne”. 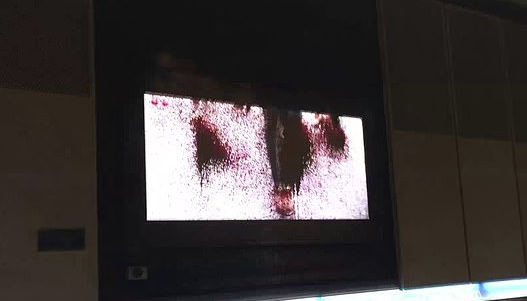 Magee wrote: “My actions are a practical intervention against the tangible form of outdoor advertising, but they’re also a symbolic protest against all the unsolicited for-profit advertising we are exposed to through all mediums (print, radio, television, digital).”

According to Magee, he sprayed three out of 12 billboards at Melbourne Central station before he ran out of paint.

Stunned onlookers called the police, who arrested Magee on the spot, though he was eventually released pending charges for criminal damage.

Magee also admitted he has been charged multiple times for the same act and “always pleads not guilty” and has been to jail seven times.

While some social media users have called Magee a “hero” and “legend”, others were quick to discredit his actions.

Someone else added: “Advertising in railway stations does not harm anyone, sure you might be tempted to buy something shown but that is entirely your choice.”

However, others believe his protesting was acceptable, suggesting the advertising itself was a form of “vandalism”.

One social media user wrote: “Advertising is an intrusion. A disruption. It is essentially dishonest and manipulative. Out public spaces are degraded by this commercialisation.”