Australian consumers forked out more than $20 billion online for good and services over the last 12 months, according to National Australia Bank’s latest Online Retail Sales Index.

The major bank’s research revealed that online spending reached an estimated $20.1 billion over the 12 months to June 2016, up 13.5 per cent on the previous corresponding period.

“The $20.1 billion spent by Australians in the last year is equivalent to 6.8 per cent of spending in the ‘bricks and mortar’ retail sector – with growth by online businesses far outpacing these traditional retailers,” NAB Group chief economist Alan Oster noted.

Takeaway food led the categories for year-on-year growth in online spending – up 56.1 per cent in the 12 months to June – followed by electronic games and toys (24.4 per cent growth), and media (23.3 per cent growth).

When it came to the share of total spending, homeware was number one with 19.9 per cent, with groceries (17.9 per cent) and media rounding out the top three (16.5 per cent). 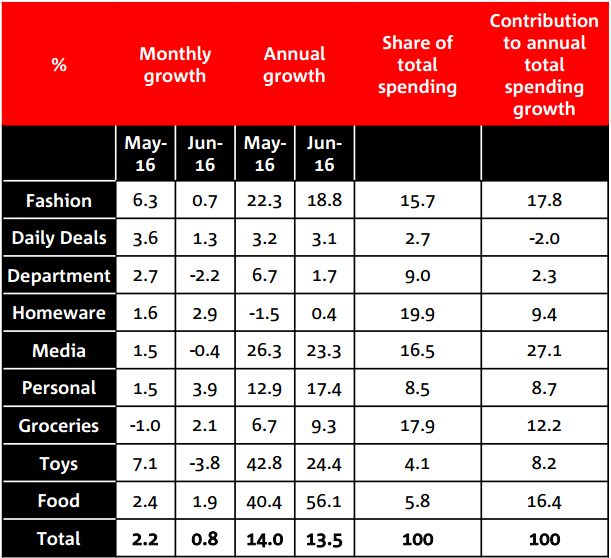 The index also found that 81 per cent of total online spending was domestic in June, with domestic online sales growth continuing to outpace international sales at 16.9 per cent versus 0.9 per cent respectively.

Online spending remains dominated by those aged between 35 and 44, with monthly growth strongest for the 45 to 54 age bracket, and slowest for the over 65s. 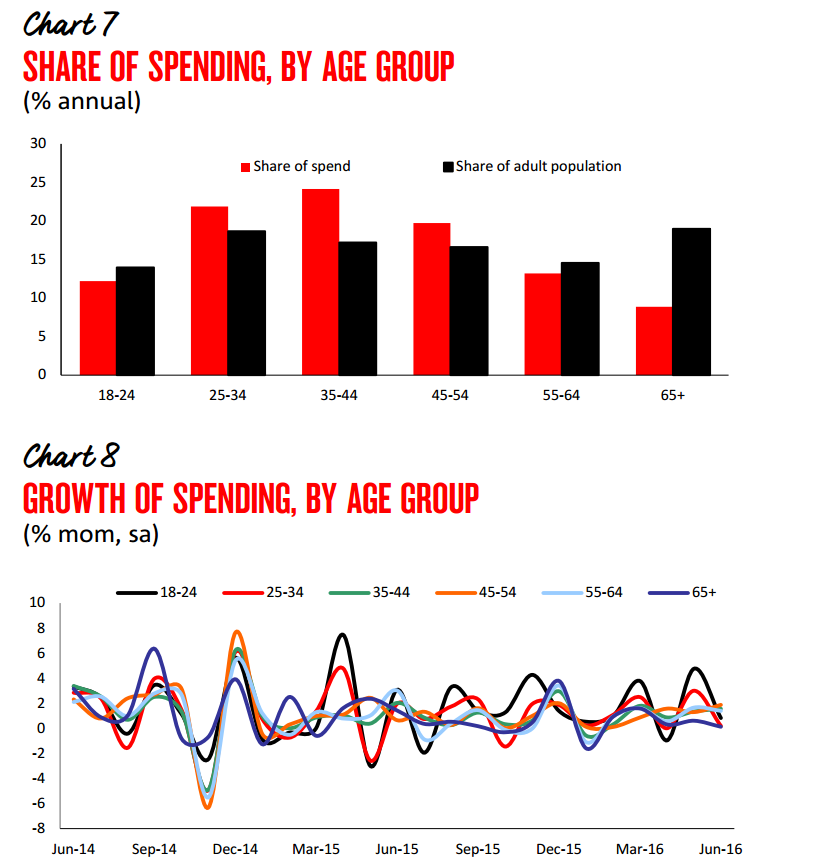 Smaller online retailers (those with revenue of less than $2.5 million) made up roughly 37 per cent of all online retail sales in the 12 months to June, according to the index, and is estimated to be 22.2 per cent higher than compared to a year ago.