A burger shop in Brisbane run by two brothers has received a cease and desist from fast food giant McDonald’s in response to the shop’s newly created alpaca burger.

According to Burger Urge managing director Sean Carthew, he and his brother are “actually a bit perplexed by it all.”

They said in a statement: “Burger Urge is the only restaurant chain in Australia that serves Alpaca burgers, so we don’t think anybody could possibly confuse us with McDonald’s.

“I guess they are annoyed because the BIG PAC is calling out the big players who have been serving up uninspired food for as long as we can remember.

“We’re committed to using the finest ingredients and serving a premium and unique product, which would never be confused with the corporate behemoth’s offering.”

Meanwhile, a spokesperson from McDonald’s said in a statement: “This is simply a marketing stunt to leverage our well-established and iconic brand.

“We have no issue with the burger itself, however the name and promotion are infringing on our trademark by clearly mirroring our famous Big Mac. 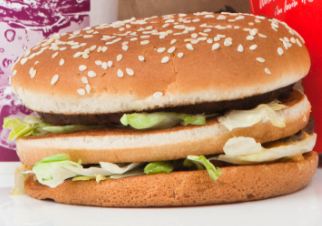 “We have had a number of productive conversations with Burger Urge, who have already agreed to remove the marketing materials as requested.”

Speaking on McDonald’s statement, Carthew told News.com: “McDonald’s didn’t invent the word “BIG” nor did they invent the “hamburger”, so it’s disappointing that they are using their legal team to threaten a small Queensland business from trying to create delicious and exciting new products.

“Has anyone told them that there’s an actual Alpaca featuring in all of the campaign’s collateral and there is also the ‘Burger Urge’ logo located on every ad we’ve run?

“Pretty hard to confuse that with the golden arches!

“We have sought further legal advice regarding this matter as we obviously don’t have a bus-load of lawyers at our disposal ready to fight a company like McDonald’s.