Despite the bad press, you have to hand it to legacy burger chain McDonald’s for its ability to constantly evolve the (often maligned) brand.

So often the fall-guy for the fast food industry, McDonald’s has worked hard to stay ahead of the game – constantly refreshing its restaurants, menus and marketing.

And if it’s going down, it’s not without a fight. And we doubt very much it’s going down either after none other than David Beckham was filmed at a UK Macca’s Drive Thru a day ago. If you’re interested in what Dave actually ordered you can read more here. 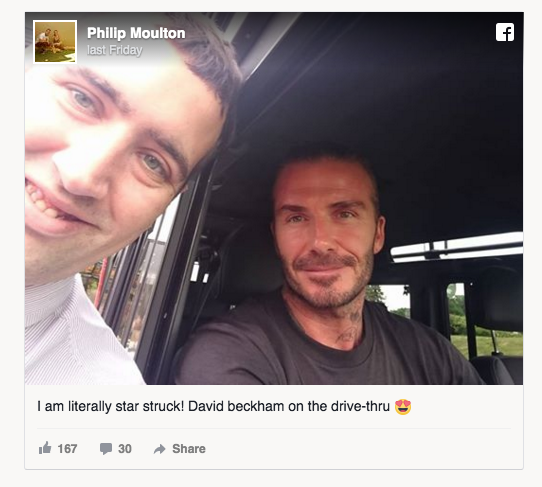 And now the Australian franchise of the global burger chain has revealed its latest plans which include home delivery via a new deal with UberEats, and (as yet vague) plans for table service in 85 per cent of its Aussie restaurants.

The new initiatives follow on from recent additions to the menu which one Macca’s insider recently told B&T was a “deliberate and conscious attempt to chase upmarket foodies”.

In response to its new deal with UberEats, McDonald’s Australia’s COO, Shaun Ruming, said: “Delivery is one of the top requests we receive in Australia, and with a growing number of people using UberEATS to get their favourite foods, they are the ideal partner for McDonald’s as we launch this service.”

Under the new deal, customers can have every one of McDonald’s menu items home delivered by an UberEats driver for just $5 from 10.30am right through to 4am (in participating outlets).

While UberEATS Asia Pacific GM, Simon Rossi, said: “We’re thrilled to partner with McDonald’s to give given fans in Australia easy access to their McDonald’s favourites.”