Ready for some scary statistics? According to customer data management company SAP Hybris: 89 per cent of customers say they will switch brands due to poor customer experience (CX), 86 per cent will pay extra for better CX and 89 per cent of marketers expect to compete primarily on the basis of CX by 2017. Graham  Jackson, Senior vice president, SAP Hybris chats with B&T about what brands can do to get ahead of the CX curve.

“It doesn’t matter what statistic you want to take, by far the majority and almost all customers say the experience drives how much they pay and their loyalty,” Jackson told B&T during his visit to Melbourne for SAP Hybris Commerce Masterclass. 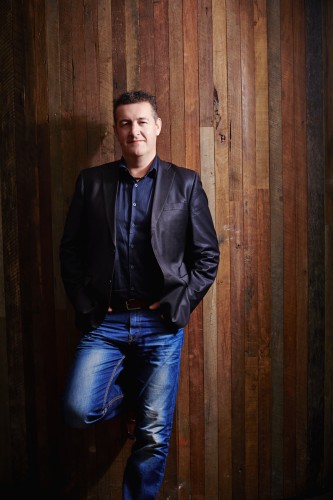 “Everybody experiences being marketed to, if we can call it ‘marketing to’. I think it’s that broken it doesn’t deserve to be called marketing. We typically get an email or a communication that gets our first name and last name right and that’s considered ‘personalisation’,” Jackson told B&T during his visit to Melbourne for SAP Hybris Commerce Masterclass.

“The rest of it is just a ‘spray’ a generalised marketing communication which has no target whatsoever, it doesn’t consider my context and is typically coming from data that takes a month to crunch.”

For example, a person looking to buy a fridge might checkout a few websites, look at reviews, pop in-store or scan a QR code. The potential buyer has done the research and then four weeks later (after the fridge company has finished their data batch job) they are then targeted with marketing content for a new fridge. Problem is they’ve already purchased, so according to Jackson brands have completely missed the opportunity because they have no capabilities to do things in real-time.

“It’s time to move beyond what we consider traditional customer relationship management (CRM), it’s time to move beyond the silos of CRM, marketing and sales and services. The traditional, legacy cloud-based CRM systems that are prevalent today were architected to preserve the silos that exist within companies- marketing is a good example. You have a digital team, then you have another team which deals with physical stores and another team that deals with media etc.

“From the time they first look at one of your various channels to going through research through to delivery. That’s the relationship that a customer needs managing; simply knowing the name and address of someone who once bought something from you, and if they didn’t buy from the channel you’re responsible you won’t know about it, that’s just not good enough.”

Jackson argues that all Australian consumers want from companies is to get the basics right first. “We polled 3,000 digital native consumers in Australia and they rated their digital experience on 26 individual companies on 13 different attributes from naught (not at all) to ten (extremely satisfied). The ones that Australians told us were more important to them were some of the basic ones- cohesive, simple, available any time on my terms, dedicated to my needs. The basics.”

“It’s critical to have that marketing data platform sorted out. So that whatever you end up doing, whatever messages you’re firing out to people- whether its email or text or whatever it might be- are going out to the right people at the right time and are formatted for the context in which that person is in real-time.

“I’m not picking on marketers, you can only work with the data you’re given- but if your data is one siloed and two to four weeks old. What are you supposed to do?”