In this guest post, Scott Wenkart (pictured below), MD at gaming media specialist Showdown asks what esports can do to better appeal to Aussie marketers…

Some 20,000 fans packed the Staples centre in LA last October across four weeks for the showpiece climax of the season. 43m more watched on from their homes with US$2.68m eventually going to the victors. Yes, that was SK Telecom T1. 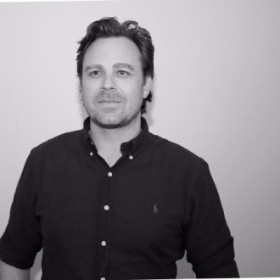 And this year the League of Legends finals promise to be even bigger.

So with such impressive global numbers, why have marketers been a little slow to invest and help grow esports in Australia?

Three reasons in my mind, the lack of historical case studies, misconceptions about the audience and a risk averse nature.

Last week Ministry of Sports Marketing held its annual get together. There was a panel on esports which was educational for an audience which I imagine is still new to the sport.

Admittedly esports leagues are still experimenting when it comes to how brands can get involved – and adapting some elements of traditional sport.

I think that sometimes the lack of a clear and well trodden path to success is a barrier for us. There are great opportunities and examples of brand involvement over the last 6 months locally. For example, one of our local leagues Throwdown, has received support from St George for its regional Rocket League championship.

Many esports leagues are quite small in size compared with our US counterparts. While leagues like Throwdown have achieved close to 500,000 views across its last season, the aim for all is to scale from grassroots up.

This feels like the tipping point. However we need to demonstrate results as every other media owner does – and the digital nature of how viewers consume our product does help. It means we can accurately measure reach and engagement levels. Which is where we have an advantage over traditional sports, but we are still looking for others elements which we can adapt.

Which is why it was great to hear from the UFC’s Rene Valencia, who spoke about the passion its fanbase had for the sport and how that helped to grow the professional game from its early 2000’s incarnation to the property which sold for $4bn last year.

An esports fan is a sports fan

There are comparisons with esports for me. Our community is enthusiastic and highly engaged. However the perception I think is that the audience is just lazy teenagers. Let’s dispel that myth as esports fans are 2.7x as likely to purchase sporting tickets online than the average Aussie. So just as keen to visit the SCG as watch League of Legends on Twitch on their preferred device.

For those unaware, Twitch hosts 90% of the online esports content and leagues. Purchased by Amazon about two years ago, we have 1.3m logginging on monthly here in Australia. And it’s worth nothing that brand videos play in the platform whether a user has downloaded adblocking software or not. And mainly not teenagers either with 41 per cent between 25-39 and roughly equal parts 18-24 and 40+ at 27 per cent and 28 per cent respectively.

Look deeper at Neilsen research and you’ll find engagement most entertainment sectors would love – Twitch users spend on average 106 minutes a day watching esports and video gaming content, which puts the consumption per week at double that of YouTube users and just behind Netflix.

Our community is usually tech savvy and typically harder to reach as many don’t consume media through traditional channels. Some 63 per cent of those on Twitch are heavy internet users, spending more than 20 hours per week online. They are receptive though to those seeking to add value – so marketers, together with media consultants, need to adopt a tailored approach based on your objectives and what you have to offer.

According to Spencer Stuart, the average tenure for CMOs is now down to just 42 months. So it’s understandable that those in the highest roles, are seeking to demonstrate they’re dependable C-suite execs during their time for employers. And esports is still experimental – it’s one of things I enjoy about it. The opportunities are there though for those looking to tap into the 120m who watch Twitch every month and represent those harder to reach ‘cord cutters’.

I’ve heard Eric Schmidt speak about ‘growing the pond’ when referring to new areas of business Google moves into – broaden the overall market and even if your slice is smaller, it doesn’t matter as the pie is bigger. And that’s what those of us in esports and gaming in general need to do. New shows like ScreenPlay on Seven help us reach a new and more mainstream audience. And perhaps mirroring formats of rights management and celebration of talent, just as the UFC did, will get us to an even bigger and brighter future. Esports is growing but locally the investment of brands needs to match up so both marketers and the gaming community can reap the benefit.