It’s the question that’s been asked since social media first took off: how many followers do you need to be considered famous?

And we finally have an answer, thanks to the British advertising regulator.

30,000 is the magical number according to the Advertising Standards Authority (ASA).

The authority was forced to make the ruling after Instagram influencer ThisMamaLife posted an ad for over the counter sleeping tablets in February this year.

Although she disclosed that the post was an ad, celebrities are banned from endorsing drugs in the UK.

The authority therefore had to decide whether ThisMamaLife – who has 32,000 followers – was a celebrity.

“We noted that ThisMamaLife described herself as a “family blogger/vlogger” and had approximately 30,000 followers on Instagram,” said the ASA.

“She regularly produced content across different social media platforms relating to her experiences as a parent.

“Her Instagram feed featured over 1000 posts that included recommendations on different products.”

Sanofi, the pharmaceutical company that promoted the sleeping pills through the influencer, compared ThisMamaLife’s 32,000 followers with Stephen Fry’s 359,000 followers and David Beckham’s 55 million.

The influencer, whose real name is Sarah, was clearly amused by the decision, posting the following Instagram story. 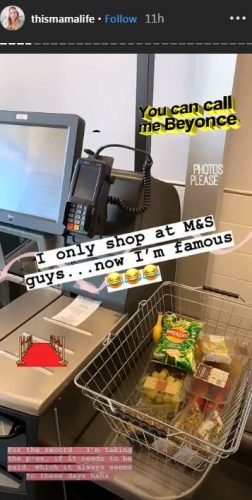 Sanofi has been forced to remove the ad and ensure it does not use celebrities including social influencers to endorse medicines in future.