Now in its tenth year and known as The Brand Finance Football 50 the list is, unsurprisingly, made up entirely of European teams. The Man Utd brand, in top spot, is said to be worth $US1.17 billion. Real Madrid moved up one spot to second with a brand value of $US1.148 billion. 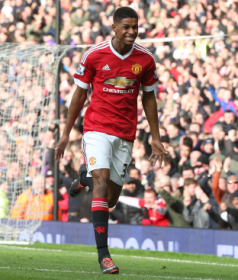 Arguably this year’s biggest loser was French team AS Monaco who fell 16 spots to number 33 and whose YOY value plummeted 38 per cent.

To come up with its annual list, Brand Finance calculated the values of football club brands by estimating “what the owner would have to pay for the use of the brand if it were not already owned”. This involves calculating the strength of a brand, based on a club’s ability to drum up fan interest and then convert it into support and custom – brand investment, emotional connection and commercial performance, as translated into match day, broadcasting and commercial revenue. After all that, the net brand value is then arrived at.

The Brand Finance Football 50 for 2016 are (all results are in US dollars): 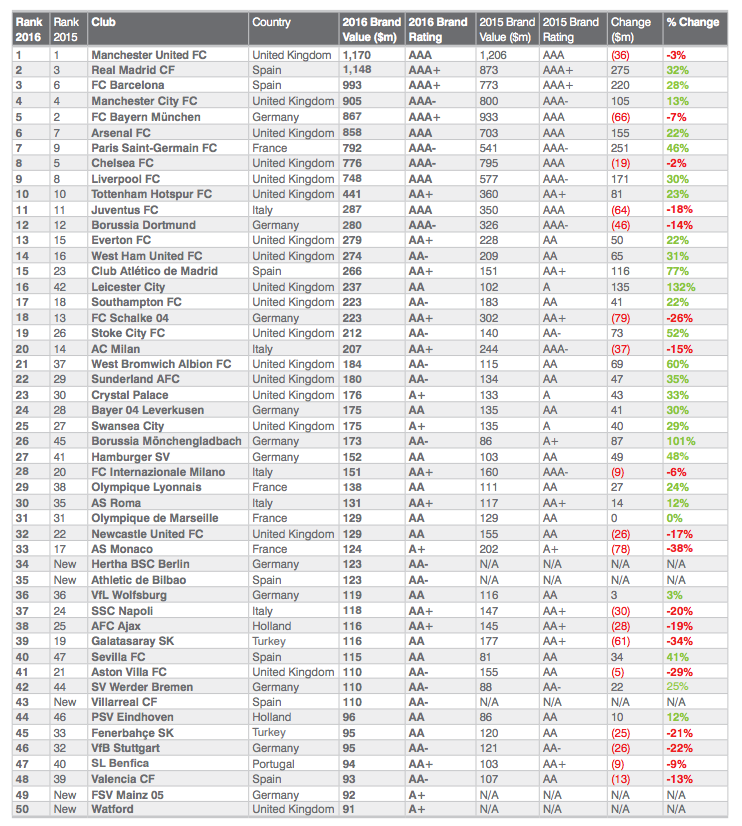 When it came to winners and losers from 2015, this year’s English Premier League winner’s Leicester FC has seen its value soar by a staggering 132 per cent. It moved up 26 places to number 16 on this year’s list. 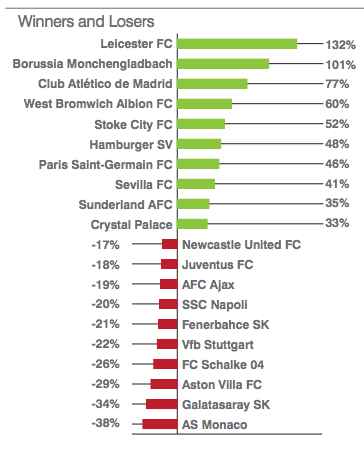 When it came to countries with the most valuable football brands, England and Wales had 48 per cent of the teams – proving, yet again, the power of the EPL. Spain was next (19 per cent), then Germany (16 per cent) and France (eight per cent).