In this guest post, Unruly managing director Ricky Chanana (pictured below) quashes the emotion and uses facts to deliver his verdict on Gilette’s toxic masculinity ad…

It was one of those ads that broke out of the industry bubble and was discussed in column inches, talk shows and online forums around the world. The new Gillette ad certainly made some headlines didn’t it? If one of the KPIs of the campaign was to raise the temperature of the internet, I think they can give that one a big tick. 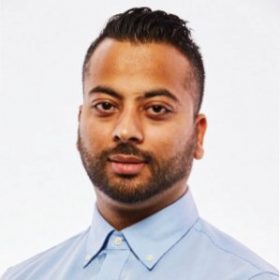 Much of the commentary was focused on negative reactions to the ad, and the comments section on YouTube – which can always be relied upon as a source of calm and measured response – wasn’t short of angry, invective reactions. But between the pledges to boycott Gillette, and the predictions that this single ad spelt doom for the future of the 117-year old brand, there were some positive reactions. So surely everyone didn’t hate the ad? The ad was made by an multi-award winning, highly respected global agency with a track record in producing some phenomenal ads. They folks at Grey know what they’re doing – and so does the brand team at Gillette.

Away from the angry echo chamber of online comment, we wanted to know what people really thought of ‘The Best Men Can Be’, and ran the ad through UnrulyEQ’s emotional testing. How would an an ad that used #MeToo and addressed the issue of toxic masculinity go down with a nationally representative panel of Australians? Believe or not… behind all the noise, there are some strong positives in terms of customer reactions.

Let’s start with the emotions. The dominant emotional responses among a panel of 500 Australians were “inspiration, pride and warmth” – and they scored very high. Inspiration reached 18 per cent, against a national norm of five per cent. This was followed by pride at 11 per cent (AU norm: two per cent) and warmth at 10 per cent (AU norm five per cent). The numbers barely change when results are filtered for just a male audience.

That’s not to say there wasn’t any negative feeling. The ad over-indexed on confusion (14 per cent against a norm of 12 per cent) and disgust (nine per cent to four per cent). Analysis of cognitive responses also demonstrated significant levels of Surprise and Shock. When filtered just for male audiences, the ad also evokes higher levels of contempt than normal (13 per cent compared to a national of nine per cent).

Will it make people buy?

But what does this mean for brand metrics? Well this is where the ‘success’ of the ad becomes readily apparent. Across all the major campaign metrics tracked by UnrulyEQ, the Gillette ad delivers. Purchase intent, favourability, drive to find out more, to promote, and share… ‘The Best Men Can Be’ delivers above the norm for Australian ads on all of them.

Things get interesting when we slice results by age. If we split the sample into two groups: 18-34, and 35-plus, the emotion profile starts to change. Among the 18-34 group, the top five emotions are inspiration, pride, happiness, warmth and amazement. When we look at the 35 and overs, amazement is replaced by sadness. This didn’t happen with the 35-plus group in a UK test.

The negative emotion profile was also more subdued by UK audiences, and although Confusion, Disgust and Contempt all outperformed the national norm, Australian reactions were much stronger. From this it starts to look like UK audiences responded in an overall more positive manner than we did over here.

Ideally this is where we would overlay some cultural insights from the Hofstede Institute, which are exclusive to Unruly through our relationship with MediaCom. Applications of Hofstede data would help us identify specific areas of the ad that would land particularly well in different markets, but that’s for a whole other article. Like they say: “always leave them wanting more.”

So what does all this tell us?

Reports of outrage have subsided, but this is a campaign that the industry will be watching carefully to see how it turns out.

I’m barely skimming the surface of the insights UnrulyEQ can generate from testing an ad, but even with these topline figures, it’s easy to see one thing for certain. ‘The Best Men Can Be’ evoked some strong emotions – good and bad, but in terms of giving Gillette marketers what they were hoping for – like brand favorability and purchase intent – this film seems to be delivering.