Love it or loathe it, you can’t say Love Island doesn’t stir up its fair share of social debate.

Abdel-Magied, who admitted she’d never actually watched the show, tweeted the overtly white cast “demonstrates why I grew up in Australia never thinking a person with a darker shade of skin or different features (like myself) was even remotely attractive. And I’m not even really dark skinned. Hot damn.”

However, it appears that’s not the case with the UK version of the show that began airing its 2018 season over the weekend.

The UK cast for the 2018 series (check them out below) features two black people out of the 11 cast members and, as people are pointing out, makes the show far more racially diverse than both Oxford and Cambridge Universities in terms of black representation. 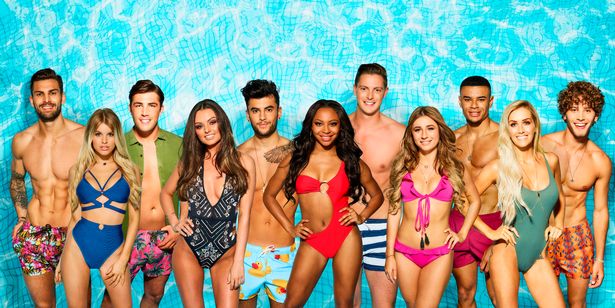 Love Island UK may boast 18 per cent black representation, however, only 1.9 per cent of Oxford University’s 2017 intake was black, while it was 1.2 per cent at Oxford University, according to the Higher Education Statistics Agency.

According to reports in the UK’s Financial Times, some 14 per cent of Britons identify as black and minority ethnic, 20 per cent were in the top percentile for their high school results, but only four per cent made it into Britain’s “elite” universities.

And when it comes to applications, Love Island is killing it for numbers. Media reports say come 80,000 Brits applied to be on this year’s version of the show. That’s against the 12,000 people who applied for Cambridge University.

However, not everyone’s happy that Britain’s young people would rather apply for a boozy, Spanish shag-fest than one of the country’s hallowed education institutions. As some of the following tweets reveal. 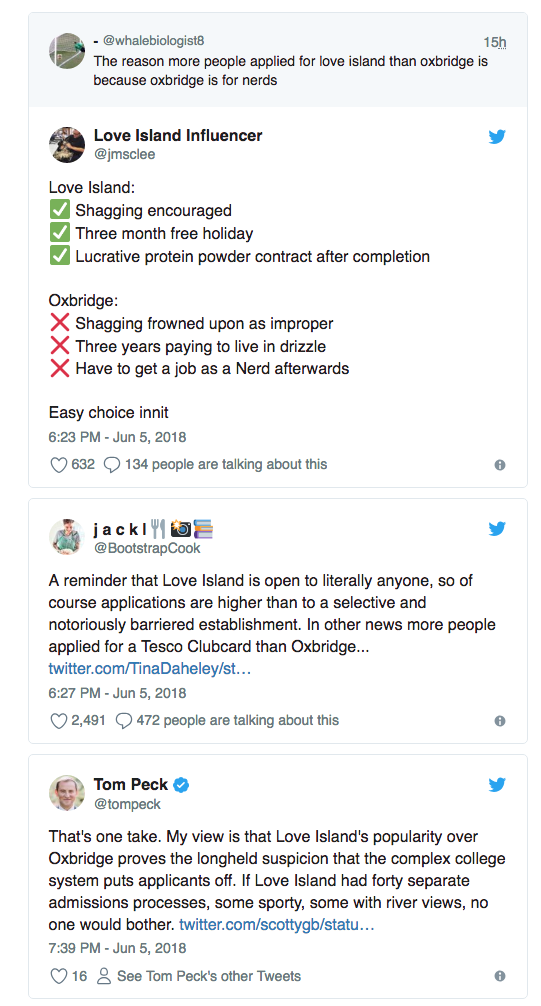 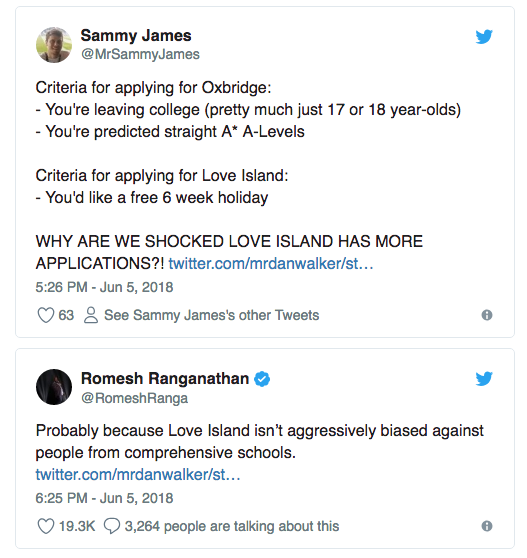