A Brazilian toilet paper manufacturer has been accused of racism after it unveiled a new, luxury variety it marketed as “Black is Beautiful”.

Despite the utter oddity of having black lavatory paper (yes, what was the strategist thinking?) the company behind it, Santher, used a white model to advertise it, too. 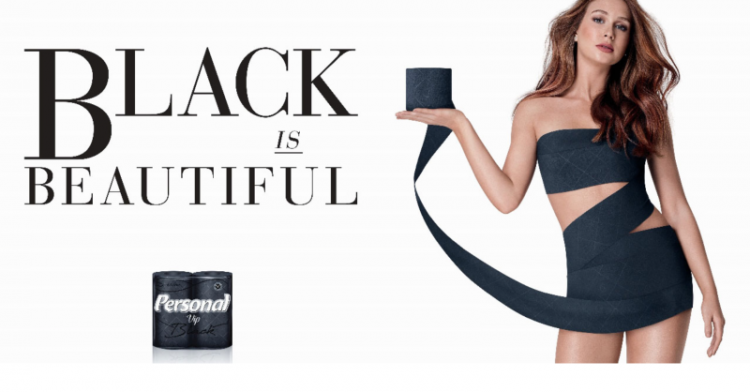 Black activists and commentators immediately condemned the campaign, accusing the company of appropriating the name  – “black is beautiful” – which was part of a cultural movement from the 1960s  and was also used by South African anti-apartheid campaigners. 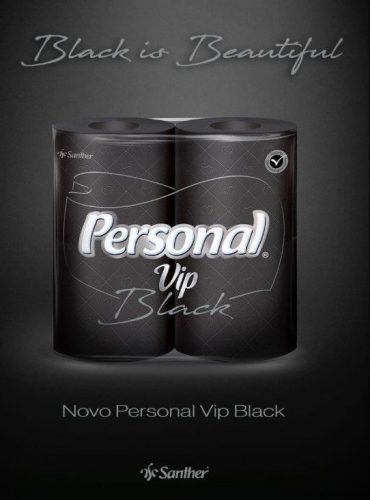 Brazilian writer and commentator, Anderson França, was the first to call the cmapaign out, taking to social media to register his disgust. “People died so that this expression could be revered until today. People continue dying and this expression is more important and vital than never before. But in Brazil if you key in #blackisbeautiful you are going to find ass paper,” he wrote.

The campaign was immediately pulled and the agency behind the disaster, São Paulo-based Neogama, issued a statement saying it regretted any offence caused.

However, Santher’s own marketing man, a Lúcia Rezende, appeared less apologetic saying in a statement: “Black is beautiful. The colour has always been considered an icon of style and refinement.”