Live TV is always fraught with mishap danger. Yesterday we saw the horrific moment a Polish brekky TV host had her hand impaled on a nail after a fail magic trick. Thankfully Marzena Rogalska was okay, but there’s been plenty of other scenarios where live TV has gone wrong.

*Warning: Some of these videos are graphic and/or disturbing. If you don’t like nail-biting, squeamish, disturbing things, don’t watch*.

In March this year Aussie rugby league player Bryan Fletcher broke his ribs and punctured his lung during a TV stunt gone wrong. Fletcher was attempting a “bob” stunt – a stunt where he and another stuntman were catapulted some 18 metres into the air – in order to break a world record, Fairfax Media reported at the time. It didn’t go to plan.

In an Instagram post after the event, Nathan Hindmarsh, co-host with Fletcher on Fox Sports’ show Fletch & Hindy, posted an image of him and others, including Fletcher, at St Vincent’s Hospital. It was captioned: “Breaking records, ribs, hearts and collapsing lungs”.

Two arrows instead of one on Britain’s Got Talent

This one could have ended tragically. In May this year one contestant on Britain’s Got Talent accidentally had two arrows fired at him instead of one. Semi-final hopeful and illusionist Ben Blaque stood spread-eagled with judge Aleesha Dixon pulling a lever to fire an arrow at him.

Unfortunately, two arrows fired instead of one, in a cord entanglement, reported The Huffington Post UK.

In another ‘Got Talent’ franchise, finalist in Philipina’s Got Talent miscalculated his dirt bike jump and came off. In the footage below, you can see medics rushing to his side. However, the rider – of which Philippines media company ABS-CBN reported was called Bornok Mangosong – came back on stage later on in a wheelchair.

While not a dangerous stunt as such, this New Zealand current affairs program got more than they bargained for when they live-crossed to a reporter in a nude cafe.

The hosts of the show Story even noted “this can go wrong in so many ways”. Fairfax Media has the footage, which you can check out here, albeit in a blurry, censored way. 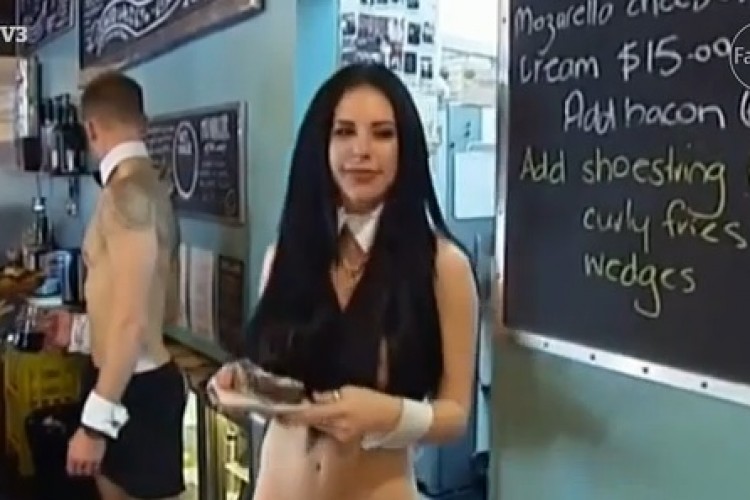 An aspiring stunt man Samuel Koch fractured his spine while performing on a German game show Wetten Dass in 2010. In the video on YouTube (we’ve chosen to not include the link as it’s very disturbing) Koch was jumping over a car and lands awkwardly. The audience looks on in horror and confusion. Medics can be seen rushing in.

After the incident, the rest of the show was cancelled with the network ZDF saying it wouldn’t broadcast that episode or segment again.

There’s no shortage of people tripping up their speech during live TV, but one of the arguably most famous incidents was when Sarah Murdoch announced the wrong winner of Australia’s Next Top Model. It’s cringeworthy TV at its finest.

Too, Steve Harvey recently announced the wrong winner of Miss Universe, leading to an awkward crown snatching and tense looks between the women.

And as you’ve probably noticed if you’re a dedicated reader of B&T, we’re fond of the weather-story incidents.

There’s one with accidental camel toe…

…one of boobs falling out…

…one of a penis being drawn…

…and one of a phalicly shaped cloud… 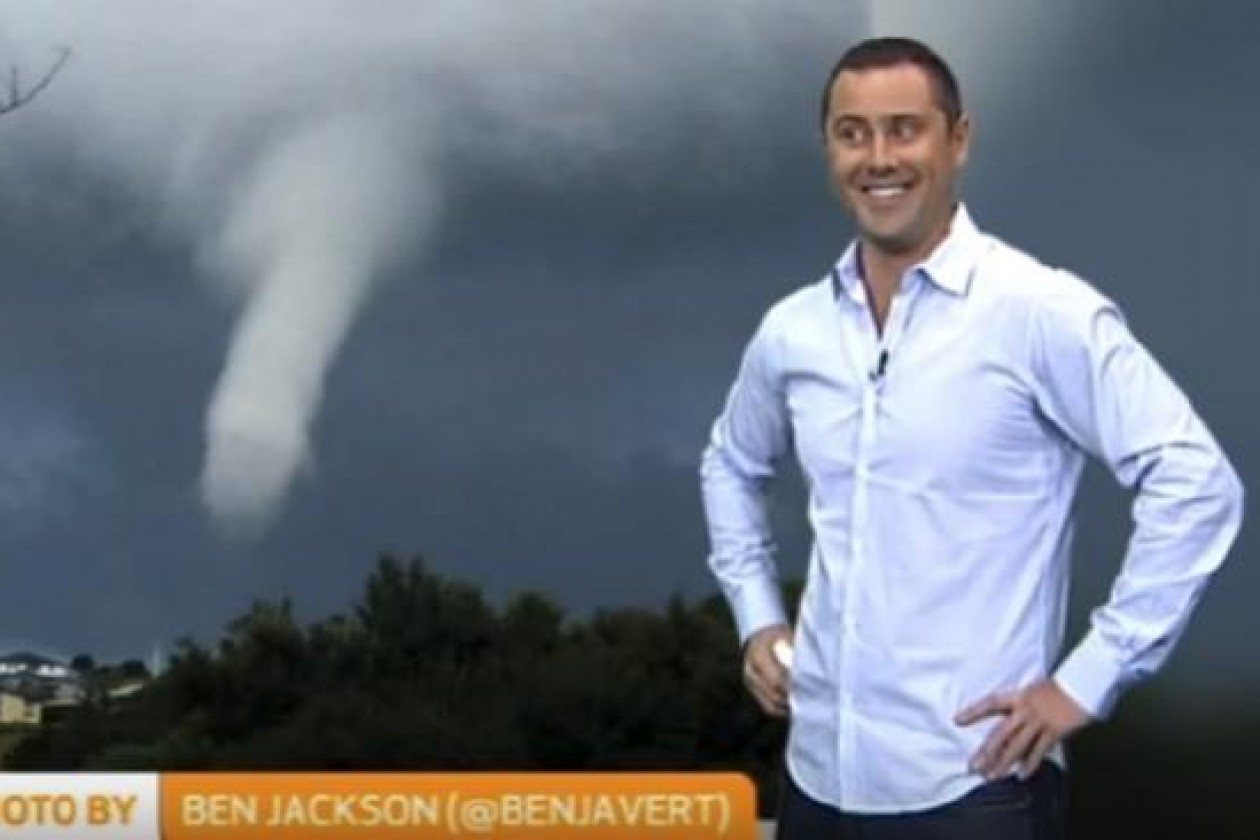