In this guest posting, the Founder of Legends & Leaders, Adrianne Nixon (pictured below), gives a full review of a recent media gender debate, The Status Quota, at Sydney’s Livid…

“Hoping and wishing and praying for the promotion of women, in the natural course, has been shown not to work in Australia … there’s a point at which targets and quotas have their place.” 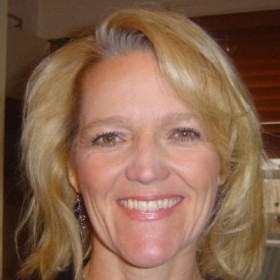 This is a quote borrowed from Sam Mostyn – a woman who sits on the board of the AFL – which was used effectively by Linda McGregor from All About Eve, last Friday in a debate on gender diversity in the creative industry.

The debate – part of Vivid Ideas and hosted by Legends & Leaders – proved to be a high powered conversation with six high profile industry leaders that saw stats, personal experiences and passion thrown around in equal measure.

Adam Ferrier (Thinkerbell), Jane Burhop (Common Ventures) and Linda (All About Eve) were the team that pushed the “quota” argument.

Adam, a clinical psychologist by background, would be expected to be enlightened on the role of women, yet when he took the inquisitive association test developed by Harvard even he discovered bias he didn’t realise he had.

“Men are still getting an easy ride. Women are working against all these bias’ in order to get ahead in the creative industry. We need to reprogram ourselves and our culture if we want to achieve equality.”

Jane shared her personal experience with the room. “I’ve sat in boardrooms where people don’t look at me because I’m female. We are a generation with adaptability – we can fix things that don’t work. Things are not changing and we need to have the conversations we should be having.”

Carolyn Miller (The Honeycomb Effect), Mike Beckerleg (THiiNK) and Lorraine Jokovic (LOUD) made up the team arguing on the side of “merit”.

“We’re all victims of unconscious bias”, said Mike, but being aware of it is the first step. Quotas signal tokenism. If a woman is promoted at work how does she escape the stigma of how she got the gig?”

Carolyn asked the question – “Why is it that 90-95% of leadership is filled with men – even in areas that are heavily represented by women in the industry – like PR and account management? One of the biggest challenges of creative women is being heard.”

Lorraine added, “If we as an industry are meant to lead from the front and influence culture then imagine what our future is going to look like if we don’t get this right. Gender diversity will only happen when unconscious bias is called out and derided.”

Linda closed the argument for quotas with this point; “Quotas are simply a means to an end, to force greater attention to necessary change. We need to think with our heads, not our hearts, ‘cause the facts prove that the current approach simply isn’t working. Some 99 per cent of ASX 200 companies with gender diversity policies but only five per cent, 10 per cent and six per cent  respectively of them have female CEO’s, COO’s and CFO’s.”

So who wins? Well, if we don’t fix this problem, the answer is nobody.  We will continue to decline as an industry.

On the bright side, the debate showed an interesting shift of the dial in just one hour. From two-thirds of the audience pro-merit pre-debate to a 50:50 voting result post-debate. That’s a lot of open minds … ready to consider and educate themselves.

The problem is complex but the first step is acknowledging we have a problem. It’s only then that we can look to the future and find the solutions together.

At the end of the day diversity – be it gender, race or sexual orientation – is something we should all strive to achieve in order to be better at what we do, how we engage and how we grow as an industry. And it’s up to each of us to make it happen.

So how will you be part of the solution?