The venerable British broadcaster, the BBC, has accidentally made public a list of fashion “dos and dont’s” for its on-air presenters.

The extensive list, that appeared to be primarily aimed at the broadcasters’ female talent, urged the ladies to have shoulder length hair and avoid too much make-up, while the “no-nos” included faux leather, cardigans or anything outfit sporting a logo. 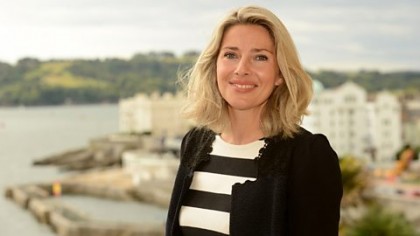 The list originated from staffer Sam Smith (above), host of the BBC’s Inside Out South West, who said she’d emailed it out to promote discussion among staff, not as anything official.

“The below is my view based on long experiences of getting it wrong and very occasionally right both reporting and presenting…this is a starting point for a conversation so pitch in with your own thoughts. This is a minefield of PC pitfalls,” Smith wrote.

Smith’s list of dos and don’ts, reported on the UK’s The Independent, included:

• Trainers (unless doing a sports story)