CX agency Lavender has appointed Roy Capon as its new CEO, with founder Will Lavender transitioning to chairman.

Capon takes up his post on 18 July, having spent the past four years as CEO Asia Pacific at DigitasLBi where he built the agency’s Asia Pacific network in Australia, Singapore, Hong Kong, Japan, China and India.

During that time, Capon was instrumental in the growth of the agency from two offices and 250 people to a network of 12 offices in six markets, now employing 1,000 people across Asia.

Prior to DigitasLBi, Capon was group client managing director at Wunderman and Y&R Brands and before that he ran digital at Euro RSCG in London and Sydney. He has 20 years’ experience working in integrated agencies.

Founder Will Lavender, who launched Lavender in 1997, will hand over the leadership reins to Capon and take on the new role of Chairman. The agency’s senior partners include head of technology Clint Bauer and executive creative director Marco Eychenne, who became a partner earlier this year.

Roy Capon said, “I am a huge believer in the combined power of data, creativity and technology in an agency that relentlessly focuses on the consumer, so Lavender is perfect for me. 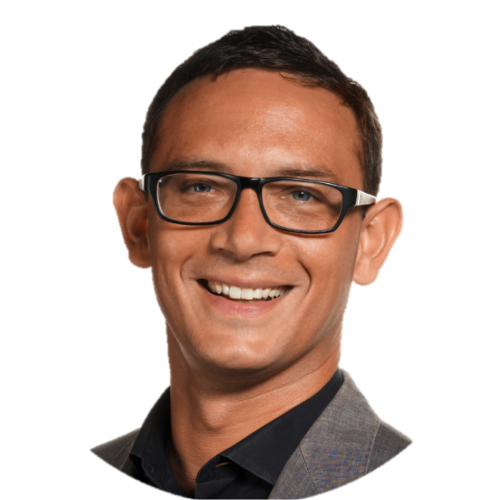 “Coming back to Sydney is like coming home and I can’t wait to work with Will, Clint, Marco and the Lavender team to further build on the agency’s success as we continue to deliver customer-focused work for our clients that builds value for their brands.”

Over its 19-year heritage, Lavender has worked with blue-chip brands such as Westpac Banking Group, American Express, AMP, NBN, Audi, Bupa, EB Games, Gamestop, IKEA, Qantas, Telstra and Mercedes across its offices in Sydney and Melbourne. Along the way it has collected a raft of awards, including ADMA, Cannes Lions, Caples, Midas Awards, and B&T Interactive Agency of the Year.

Last year Lavender repositioned as a CX agency to reflect its expanding suite of services – covering the five key pillars of consulting, data, creative, technology and delivery – as well as its laser-sharp focus on putting customers first.

As chairman, Will Lavender will focus on supporting Capon and the team in developing business as well as expanding Lavender’s CX offering.

Lavender said, “It’s a dream come true to see Lavender elevated outside the traditional agency mould, delivering a tangibility and demonstrably different product and approach, and to have someone of Roy’s ability to lead us puts a spring in everyone’s step.”