[This article contains adult themes that some readers may find offensive] As utterly horrific and terrifying as the bushfires have been, the response to it by many people – namely the fireys – has been nothing short of extraordinary. 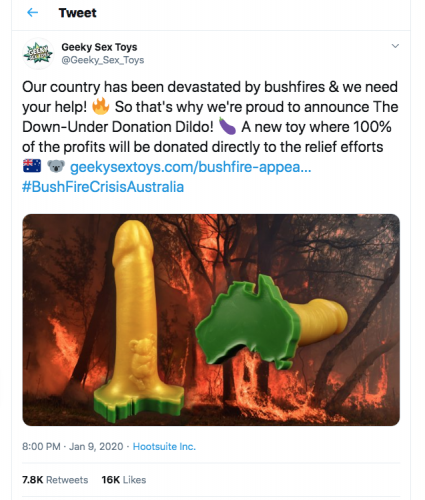 The apparatus is coloured in green and gold and even comes with a koala emblazoned on the shaft and a map of Australia as the handle. The company claims it’s all handcrafted and retails for a provocative $69.

According to Geeky Sex Toys social media, the company has already raised $15,000 in sales. 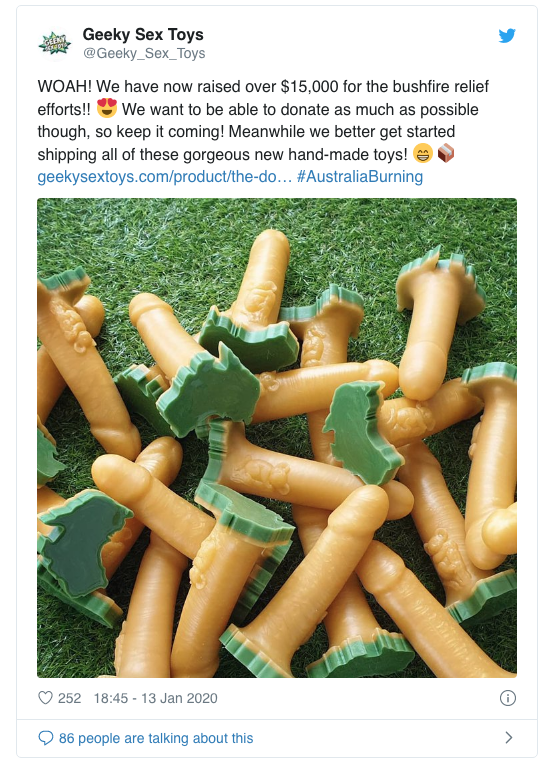 Porter described customer reaction to the product as “incredible” and “overwhelmingly positive”.

And, yes, as you’d expect, social media is having a laugh at the novel fundraiser. “Right in your Down Under,” penned one wag. “That is some amazing marketing for all of your down under needs! For a more than worthy and much needed cause!! Who’s buying one for me?” wrote another. “Please, do it for the koalas,” wrote another fan. However, not everyone was keen on the idea. “Disgusting. Show respect,” raged one particular wowser.