Following on from a trial of edible coffee cups in its UK franchises last year (see image above), KFC is set to play on the “good for the planet” marketing with more packaging you can eat.

Initially, the idea will be rolled out in some of its franchises in India, however, reports have said it could go global if it proves a success. 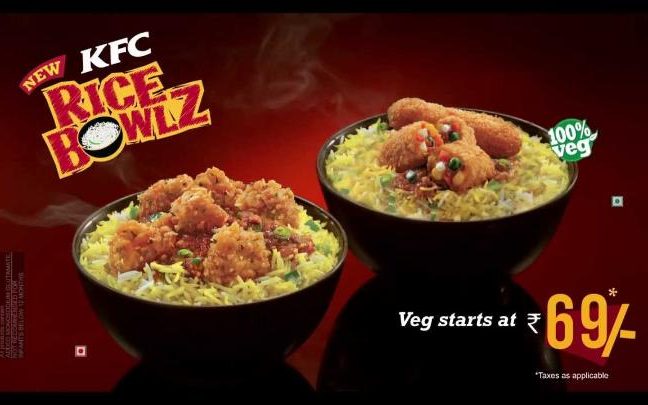 The packaging trial will be tested on KFC’s “Rice Bowlz” range with plans for a roll out in stores in Bangalore in southern India. Bangalore was chosen because the local government has recently banned plastic in the region in the hope of reducing the massive problem it has with garbage and waste.

The packaging will be made of tortilla-like ingredients and can be eaten once the meal is consumed.

Rahul Shinde, the managing director of KFC India, said the idea was a home-grown innovation but, if it proves popular, he said there was no reason why it wouldn’t be rolled out globally.

“We will not charge more for our edible bowls … We will wait for consumer response and depending on the pace of adoption, we may roll the concept out to other items on our menu,” Shinde told the Times of India.

Again, the edible packaging idea is not new to the fast food giant. In February last year, KFC outlets in the UK trialled a coffee cup – known as the “Scoffee-ee Cup” – in some outlets that could be eaten once the beverage was finished (it was made of a biscuit-like substance and covered in heat resistant chocolate. Sadly, the Scoffee-ee was met with rather limited enthusiasm by customers and it is believed the idea has subsequently been shelved.