It’s been a stellar year for Australian sportswomen – the netball, football and now a Melbourne Cup winner too – and it’s time media and brands brought female sport in from the periphery.

Bastion EBA was a partner of last weekend’s UFC fight between Ronda Rousey and Holly Holm in Melbourne and Watts believed the fight’s huge audience – that was predominately male – is proof of the pulling power of women’s sport. 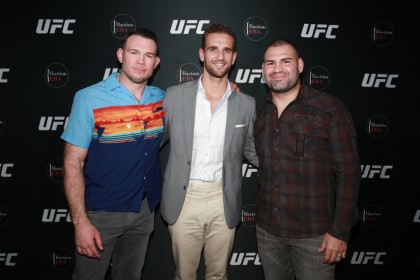 Watts agreed UFC can be brutal but says most sports are. “The rule book for the UFC is about 150-pages long; it’s safe, it’s protected, but injuries happen like any other sport. Take NRL or AFL, how may leg breaks, knockouts do we see? It’s worse and more brutal than UFC,” he argued.

But is the problem that women’s sport often doesn’t attract the audiences to attract more media?

“I’m seeing a fundamental change with brands and broadcasters. Someone has to go first and when they do you’ll see a monumental shift,” he said.

“The great thing about the UFC is its commercial model. It’s remarkably different to any other sport. They own the rights themselves, they’re very forward thinking in social media. They really use social media to grow their following and some of the fights are created by one athlete calling another out on social media and saying ‘I want to fight you’, and if enough fans get behind it then the organisers of the UFC will say ‘let’s put in on’,” he said.

Watts agreed that some brands and broadcasters could be turned off by the UFC’s level of violence.

“I understand that mainstream media in this country are reticent to promote this. But I don’t think the UFC is too fussed about it, it relies on a pay-per-view model and that’s why the UFC sees Australia as a key market due to the uptake in pay-for-view in this country,” he said.