There’s been all this chatter about mobile devices being ideal for short pieces of content, those “snackable” bits of writing and video for people to wade into at their leisure. However, Carl Hammerschmidt, managing director of Bauer Xcel Media, believes that while, yes, there is a place for these bite-sized pieces, often it’s not enough.

Despite what much of the industry believes, Hammerschmidt is adamant consumers are still reading the 1000 plus word features on phones.

“The working assumption has always been that phones are best suited for quick-hit stories, for tweets, rather than immersive long-form reads and it’s primarily the stuff of grocery lines and coffee shop lines,” he told the audience at a digital publishing conference from digital industry body AIMIA.

“One of the things that has become supremely pronounced over the last six months is that snackable content…isn’t always enough.

“While it would be naïve to ignore the importance of having that balanced content strategy, we’ve started to see a real shift, not just in text articles but also in the way people are viewing longer form content in video on mobile devices.” 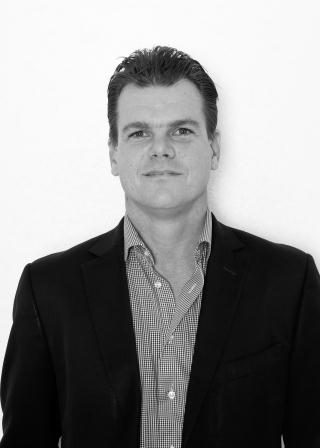 There’s no denying the importance of mobile devices, however it just goes to show how quickly times can change as just under a year ago, Fergus Stoddardt, content marketing specialist at agency Edge, said many brands just weren’t getting this whole content marketing thing as they need to deliver snackable content.

And while this is still the case, there’s more and more reason to put long-form content on mobile devices, according to Hammerschmidt.

Exemplifying this, Hammerschmidt brought up an example of Bauer Media magazine content, an article from The Australian Women’s Weekly.

The article from the AWW was a 1200 words long piece about the growing rates of binge drinking among women that received around 70,000 page views, according to Hammerschmidt.

“When you start to look at the way people have engaged with the article all the way through the 1200 words it becomes really interesting.”

Producing a visual of a thermometer looking thing, Hammerschmidt proceeded to explain how many of the readers tapered off near the start, however about half the chunk continued to look through the article. 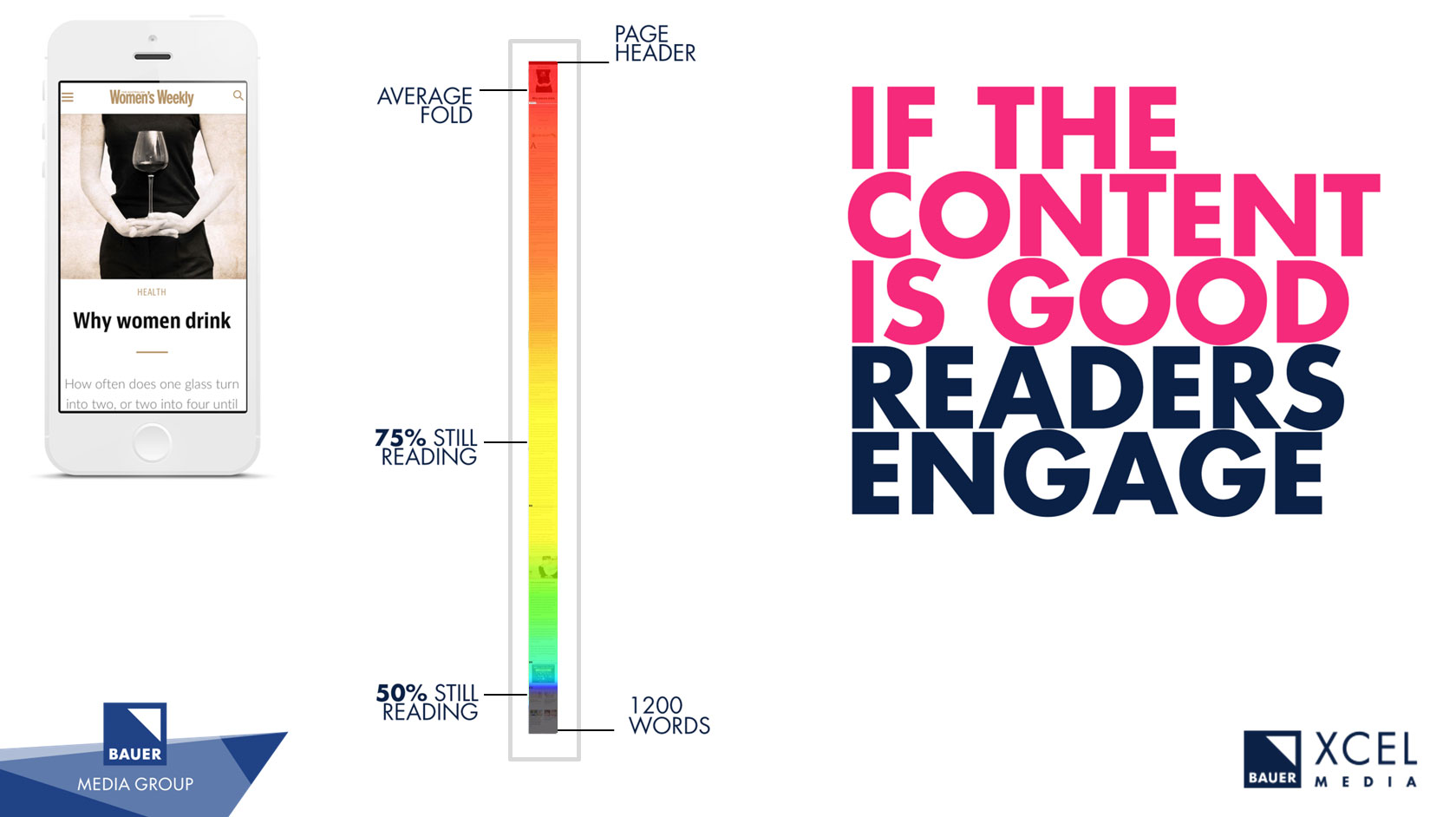 “All the way to the bottom you’ve still got 50 per cent of people still reading,” he explained. “It’s a 1200 word feature article, it’s proper long-form magazine journalism and it’s been seriously engaged with because it’s been served up at the right time and the right place.

And if you look at the time on page per device – where the average time was two minutes 43 seconds – mobile beat all other devices with three minutes and 30 seconds.

“If the content’s good, readers engage with it,” said Hammerschmidt, echoing similar thoughts from Peter Birch who recently told B&T the term ‘content is king’ is rubbish.

“Everyone in the digital world says, ‘content is king’,” said Birch. “Well, that’s nonsense. Good content is king, and there is a difference between good and bad content. Just being transparent to advertisers saying, ‘here is a long list of publishers that I represent on my network,’ is one thing, but transparency doesn’t equal quality.”