Early August Google restructured itself to create a holding company called Alphabet, of which the search giant Google was a subsidiary. In this opinion piece Paul Lin, CEO of mobile company Empirical Works wonders whether it will be a Microsoft or Apple moment.

Google’s announcement that it would rebrand itself and restructure into a new holding company called Alphabet, is notable not just for its news value – but its timing.

‘The Brand Formerly Known As Google’ intends to be a conglomerate with Google becoming its largest subsidiary, while owning a variety of businesses including Nest (home automation), Calico (bio-tech) and Google X (self driving cars, innovations). Not just a search engine business running some innovations projects.

The announcement has come just before another milestone moment for Google. On September 4th, the tech giant will be celebrating its 18th birthday. 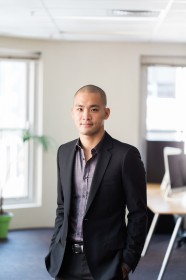 Google changed the technology scene forever with its unique search algorithm and innovative advertising-based model. But now, at 18 years old and no longer the young and energetic start-up it once was, the question is – what’s next?

Is Alphabet signalling a reinvigoration of Google’s spirit of innovation, or is it a knee-jerk response from a business that’s starting to realise it’s getting old, as Zune and Bing was to Microsoft in the early 2000s?

History suggests Google is in the midst of a mid-life crisis but if that’s the case, history also suggests Alphabet could be its major new turning point.

Almost all the major tech companies of a certain vintage have gone through this mid-life crisis phase, leading them to humbling failures or dizzying new heights.

Microsoft’s mid-life crisis came in 2000 when it tried to replicate the success of Apple and Google with “me-too” products, even though its core business of selling Windows software was still sound and profitable at that time.  When Apple got rave reviews with their iPod, Microsoft responded with Zune. When Google started attracting attention over the possibilities of the Internet and search engines Microsoft created Bing search.

Neither of these products are considered successes, and today, Microsoft has slowly faded out of relevancy in the tech space, with Apple’s iPhone – a single product – producing more sales, at $40.28 billion, than everything that Microsoft produces combined at $26.5 billion, in the 2nd quarter of 2015.

When Google came along and sold advertising on the back of collecting data, the industry and the business world at large praised this innovative young start-up’s darling for doing something different and succeeding.  This attention kept Google young and fresh and “cool”.

Today, their big data/advertising model is now considered the default model for most tech and Internet companies and instead, the fashionable topics in Silicon Valley revolve around future tech such as clean energy, wearables and biotech.

When Google announced changes to YouTube with its 360 degrees videos or the latest “material design” update to Android nobody paid too much attention – but as soon as Elon Musk of Tesla starts talking about Hyperloops, implementing supercharger networks or space travel he gains international acclaim as the “real life Iron Man”.

This redirection of attention and relevancy in the technology industry must have some sort of psychological effect on the founders, leadership and employees at Google.

In retrospect, the move to Alphabet started a long time ago when Google embarked on the ill-fated Google+ project to compete with Facebook back when social networks were cool, or when Google tried to impulsively jump into the wearables space with Google Glass without considering the social issues and technological constraints.

Whether Alphabet is a genuine business initiative to generate new revenue streams, a restructuring move to consolidate Google’s businesses and structures, or an impulsive need for attention remains to be seen – but a mid life crisis can work wonders, too.

Microsoft’s aforementioned failed attempts resulted in Xbox, and of course, without Apple’s mid-life crisis in the early 90s we wouldn’t have iPod, iPhone and iPad and the underpinnings of modern mobile technology and paradigm.