As part of the partnership, Instagram and Facebook launched a broader initiative to make the platforms more inclusive and accessible for the LGBTQ communities, inviting users to tell their #FearlessStories and celebrate their pride.

The campaign culminated over the weekend with Instagram’s first appearance at the Parade, in the form of a spectacular three-metre float featuring the popular ‘Voguing Figure’ sticker.

Launched as a sticker on Instagram last year, Voguing Figure gained worldwide popularity, making it a natural choice for the symbol to represent Instagram and Facebook at this year’s Mardi Gras. 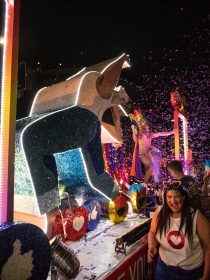 The broader campaign introduced new data into how LGBTIQ+ people and communities used Facebook and Instagram in Australia, including new statistics about events, groups, and emojis.

Facebook also introduced new Facebook products for LGBTIQ+ Australians and their allies, including pride life events such as ‘coming out’ to ‘marched in my first Mardi Gras’.

Meanwhile, Instagram Australia transformed the top 50 LGBTQ hashtags in Australia to appear as rainbow hashtags, from #SydneyMardiGras to #SydneyRainbowCrossing. 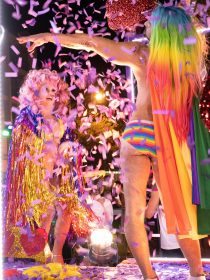