In this guest column, Leo Burnett Sydney’s group business director, Belinda Drew (pictured below), says agencies love to talk innovation, but we should also remember the great human good it can do, too…

Innovation has played a fundamental role in progressing human advancement. In the last 12 months we have seen a mix of corporates and non-for-profits capture our imagination and positively contribute to human good. This is something I am passionate about so I’ve put together some of the most inspiring examples that I came across in 2016. 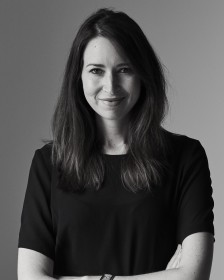 While this might read as a shameless plug, it is a perfect example, so bear with me. In February 2016 Leo Burnett Sydney partnered with Samsung to change the future of contact sports by accurately measuring concussions on the field with the creation of brainBAND. brainBAND is a wearable headband technology that measures the g-force of an impact and relays this data to medics, coaches and referees, in real-time.

San Francisco-based software company X²AI launched Karim in March. Karim is an AI chatbot providing psychological support in Arabic to Syrian refugees based in Lebanon. Karim uses natural language processing to analyse the individual’s emotional state and provide tailored comments and recommendations. The chatbot was introduced in an attempt to alleviate the strain on mental health providers in Lebanon and provide assistance to refugees whose emotional issues largely go unmet. To ensure that as many refugees as possible have access to Karim, X²AI partnered with Field Innovation Team: an NGO that specialises in tech-enabled disaster relief.

GENDR was created in July as a world first members-only app for the gender variant and queer community. The app developed in Berlin provides a safe space for users to express their identity and reach out to other community members on topics such as tips on transitioning, gender-neutral clothing and dating. There is also a database of health resources available to the community.

Innovative thinking in Social Media has also been used as a force for good. In September, US-based agricultural cooperative Land O’Lakes launched a campaign called ‘Delete to Feed’. In partnership with nonprofit Feeding America, the company encouraged people to delete photos of food from their Instagram accounts. Each time someone deleted an image, Land O’Lakes donated 11 meals to people in need.

Another inspiring example of innovation for a higher purpose is a pilot scheme to feed the homeless by making the most of quiet periods in restaurants. Launched in the US in September as well, and founded by innovation company Not Impossible Labs, ‘Hunger: Not Impossible’ invited young homeless people and veterans to redeem meal vouchers at restaurants between 2pm and 5pm. The insight came from a survey revealing that more than half of homeless people have mobile phones. The locations of participating restaurants are sent twice daily via SMS.

In an awesome display of innovative thinking, Egyptian solar energy company KarmBuild powered a village entirely by solar panels in October. Built to accommodate 300 seasonal agricultural workers in Bahariya Oasis, the solar panels were integrated into sandstone buildings, which include a cafeteria, mosque, communal area and facilities.