In this guest post, Ooyala’s general manager of Asia Pacific and Japan, Steve Davis (pictured below), says the rise of mobile and social video brings adland plenty of threats but an equal number of opportunities too…

As media companies grapple with shifting audience tastes and evolving business models, many are realising video content will be a vital part of their future success. 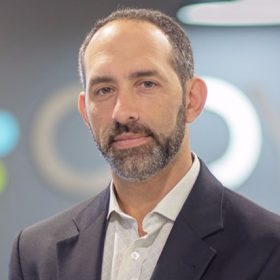 With people switching away from print media and embracing digital alternatives, the proportion of time spent consuming video content is rapidly increasing.  Successful publishers will be those that can find new ways to deliver more engaging and personalised video content and thus generate increased monetary returns.

The way in which audiences consume video content has changed. Rather than relying on a television or computer screen, increasing numbers are viewing video on a mobile device. Indeed, industry research indicates that more 50 per cent of all video plays occurred on a mobile device in 2016 for the first time. This is expected to rise to 60 per cent during 2017.

While Millennials are at the forefront of this mobile video trend, older generations are also getting onboard. This creates big opportunities for media companies that are searching for new revenue streams as traditional streams run dry.

Increasing use of social media platforms is causing a further shift in consumer behaviour. Industry experience shows that heavy social media users are about 50 per cent more likely to access online news videos than the general population. As a result, there is likely to be more exclusive video content deals inked between social platforms and media brands moving forward

The rise of mobile and social video brings the media industry both new opportunities and challenges. Publishers will need to refine their offerings and understand exactly who, what, when, why and how their video is being consumed and how best they can monetise the trend.

Across the media industry, publishers are watching intently as consumers and advertisers flock to digital screens. The trend is causing everything from mergers and acquisitions to the formation of new partnerships.

New business models are also being trialled that include new subscription bundles, paywalls and creative advertising . Hybrid models are also in the mix which involve consumers being given the option of watching ad-supported content, or ad-free content if they pay a subscription.

Another approach is purchase referral, which links videos to associated e-commerce services. For example a consumer watching a video might be given the opportunity to purchase a product featured within it without leaving the publisher’s website.

It’s also clear that having a strong media brand is becoming increasingly important. Publishers need to understand that controlling their brand is more critical than ever to sustain audiences, advertisers and profits.

Rapid advances in the area of artificial intelligence and machine learning are creating big opportunities for media companies in the video space.

AI tools can streamline video processing and allow advertising to be aligned with content, thereby better targeting audiences. Interestingly, the media and advertising sector is expected to account for the largest share of the overall AI market by 2020.

A second technology area capturing the attention of media companies is virtual and augmented reality. An increasing proportion of production funds is being focused on the development of VR, AR and 360-degree content with more than a third of publishers already active in the area.

Many companies are experimenting with factors such as content quality, user experiences and production methods to ensure their VR, AR and 360-degree content is compelling and attracts both user eyeballs and advertising dollars. In some regions, publishers are forming content innovation labs and partnerships to help build original and distinctive content.

It’s clear that, in the future, video will be a totally immersive experience. Current offers are interesting, however the next generation of the underlying technology will make this content even more compelling.

On the content front, live video streaming is becoming increasing popular among consumers. Led by services such as Facebook Live, the trend is expected to continue to grow as more people become used to consuming the content on their mobile devices.

For media companies, offering compelling live video can be a real point of differentiation. Live streams of popular events can attract large audiences, boost brand awareness and result in increased future visits to a website.

To support this, publishers will increasingly shift to IP-based workflows for content creation and management. This will ensure high-quality output is achieved and made available in different formats to suit the different devices on which it will be viewed.

The trend toward increasing consumption of video content on mobile devices is also having a significant impact for advertisers. Ad formats that work on larger screens such as televisions and computers have to be rethought and refined.

For example, mobile device users are less likely to put up with blocks of long ads in a video stream. Instead, advertisers need to think about shorter ads that quickly grab attention and communicate a message.

In-content advertising is likely to become more popular with advertisers too as it prevents consumers from skipping or fast-forwarding ads. Done well, this format can be as effective – if not more so – than traditional video advertising