An Adelaide butcher is refusing to remove store signage despite being told by the Ad Standards Board (ASB) it was “inciting hatred” towards Muslim people.

The Valley Butcher in the north-east suburb of Hope Valley had been the subject of a complaint to the ASB after signage on its front window read that it sold “non halal certified” meats surrounded by pictures of Australian wildlife. 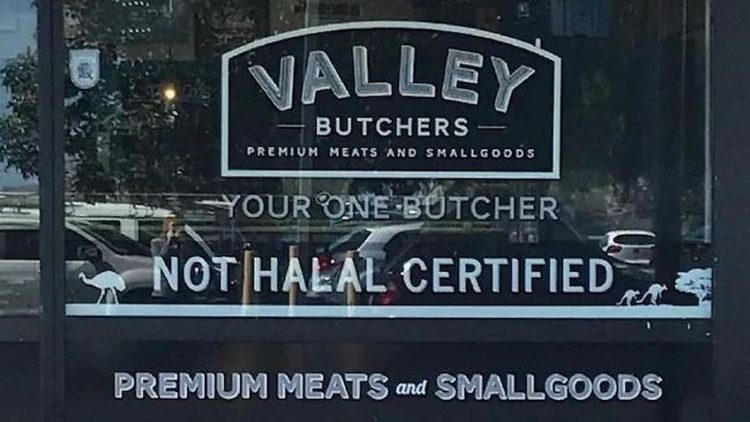 The signage received one complaint suggesting that it “poked fun” at Muslims.

The complaint read: “It is very intentional and obvious. Jokes like this on a public shopfront perpetuate a culture of vilification towards religious minorities that results in harm towards them.”

In its defence, The Valley Butcher said it had not meant to malign anyone of a certain religious group, rather it was to inform customers that the products it sold were non halal. Apparently, it had received a number of queries to whether its products were halal.

Responding to the ASB, the butchery said in a statement: “The sign is only stating that we are not halal approved.

“In no way is it meant in a malice way. We were getting asked quite frequently whether we are halal approved, so I am just stating that we are not and that saves a lot of wasted time.”

In its judgement handed down last month, the ASB agreed that the sign did appear to infer that Muslim customers were not welcome inside and therefore was a breach of the advertisers’ code of ethics.

“The majority of the panel considered that the sign’s wording and images amounted to a depiction that was inciting hatred or contempt of a group of people based on their religious practices or Muslim origin,” the ABS said.

However, it appears The Valley Butcher is standing by the signage, saying in a Facebook post to customers over the weekend: “Firstly we at Valley Butchers would like to thank everyone for the support and encouragement, it’s been amazing! It’s wonderful how loud as Australians wherever we are around the world our voices can be heard, as long as we speak as one.

“Secondly as long as we own the shop the sign won’t ever come down! Thank you once again from the team at Valley Butchers!”