In this opinion piece, Carat Sydney head of strategy Danni Wright (pictured), reflects on her recent graduation from The Marketing Academy’s 2018 scholarship program, including how she and the next wave of industry leaders plan to address marcomms’ mounting trust issues. 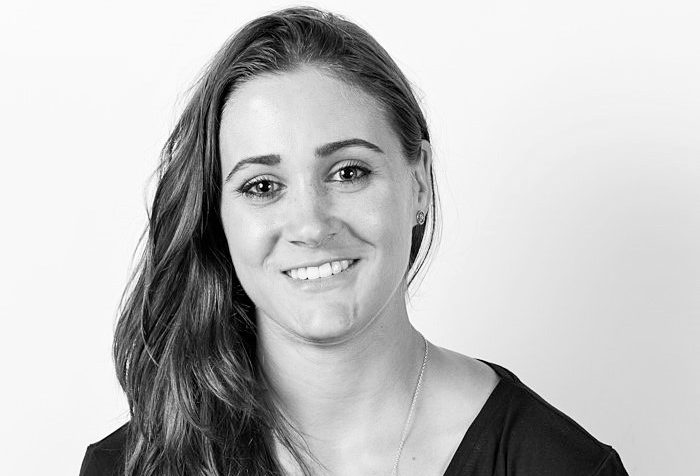 I was lucky enough to be part of this year’s Marketing Academy scholarship graduates, alongside 29 other industry professionals, following an amazing 10-month program aimed at developing future industry leaders.

As part of our recent graduation ceremony, the scholars host a showcase for the broader industry, the brief for which is completely open.

The approach that we decided to take this year was in line with one of our key learnings –  that actions speak louder than words, a sentiment that applies to both leaders and brands.

We decided to use it to start a conversation with some of the prevalent and current leaders of our industry (and a priest!) to help tackle one of the most pressing issues facing the industry: trust.

Or rather, a lack thereof.

According to the Edelman Trust Barometer, Australia’s Trust Index now sits at 40 per cent, which is just four percentage points higher than the least trusting country, Russia.

Also, for the first time since 2013, each of the four key institutions are now officially classified as ‘distrusted’.

This climate is propelling trust to the absolute forefront of how brands communicate with consumers.

Trust, or the lack thereof, is also at the forefront of the marcomms industry, with ‘frenemy’ relationships dominating interactions between agencies, publishers, and consultancies, and the ramifications of murky contracts, supply chains, and procurement-led pitching impacting agency-client relations.

Let’s look at where the conversation landed through the lens of the formula for trust.

According to Charles M. Green, founder of The Trusted Advisor, the equation for trust can be broken down as follows: Trustworthiness= (reliability x credibility x intimacy) / self-orientation.

Reliability, often used as the default synonym for trust, represents the concept of simply doing what you say you are going to do.

For brands, this manifests in the delivery of the product or service to its stated promise, whilst for agencies it’s about delivering to the agreed scope.

Next is credibility, which is the quality of being convincing or believable.

From the perspective of brands, this is about the ability of its communications to persuade current and potential customers of the efficacy and value that the product or service will deliver.

Meanwhile for agencies, this is about instilling a sense of confidence amongst current and prospective clients in the credentials and capabilities of the organisation.

Let’s pause here for a moment, because it is these two factors that largely dominate considerations and conversations around trust as it pertains to brands and agencies today.

When considering breaches in trust, we often ask what the promises were, how they were broken, and whether standards and expectations can continue to be met in the face of this.

Could it be that neglect of the other two drivers of trustworthiness is causing the waning levels of trust we’re experiencing?  More positively, and most importantly, could a renewed focus on these additional factors could be our path back to trust?

Some of our top industry leaders and marketing academy scholars (including this one) certainly think so.

The third numerator in the equation is intimacy, the sense of safety and closeness experienced between two parties.

Something that for WPP’s Rose Herceg can only be established if each party has taken the time to truly get to know themselves, which she implored the audience of industry representatives to prioritise, in addition to listening to their gut intuition.

For brands to do this, they must have a definitive steer on who they are and what they stand for, as well as the resolve to actively and consistently exhibit this personality and value set in its communications and experience.

A compelling testament towards the power of doing so came from panellist Rob Bower, archdeacon of justice and priest of Gosford church, who made headlines and grew his parishioner base after turning real estate outside his church into a billboard for messages such as: “Dear Christians, some people are gay, get over it. Love God.”

For Russel Howcroft of PWC, the route to intimacy between consumers and brands lies in telling more emotionally engaging brand stories.

‘When was the last time an ad made you laugh?’ he asked his fellow panellists, a question that silenced ex-creative turned IAG CMO and host of the panel, Brent Smart.

Mindshare’s CEO Katie Rigg-Smith also made the point that the onus also sits with media to appropriately underscore the creative in a way that maximises the desired emotional impact, as well as to derive a halo of trust from the context onto the comms.

Putting this into the context of agency relations, Sharon Parker of Gilbert & Tobin, couldn’t have summed it up better than with her remark: “As a marketer I trust people, not agencies.”

Intimacy is built on authenticity and shared desires and values, be that as an individual or as an organisation.

However, it’s all too common for us to rely on the people to deliver the intimacy when it comes to our client-agency relations, without making time or space to surface and define the shared values, beliefs and aims of our organisations.

Lastly, we come to the denominator of self-orientation, which is the emphasis placed on achieving one’s own goals in relation to those of others.

Perspective is what reminds brands of their role within the lives of consumers, which is actually about reducing the amount of thought a consumer has to give to you by being intuitive and easy to buy.

It’s also what powers a brand’s purpose, by defining what can be given to society, beyond the orientation of profit generation.

Perspective is also a virtue that One Green Bean’s CEO Claire Salvetti believes is an essential leadership trait required in today’s landscape.

She explained that having it means giving consideration to the systems of interconnected-ness that exist between entities to increase the scope of what we take responsibility for.

By way of example, on the marketing side of the fence, consider the role of procurement-driven decision making on the ability of agencies to maintain adequate profit margins and the indirect but subsequent impact this has on the day-to-day relationship.

For agencies, consider the impact of ambiguous contracts terms and a lack of skin-in-the-game when business results waver, on the client’s ability to feel confident and comfortable with their counsel.

The marketing academy showcase was a rally cry for brands and the individuals tasked with building them, to lean bravely into defining and demonstrating value-led behaviours with consideration given to the reality of the context that this operates in.