In this guest post, Atomic 212 director of innovation Peter Brennan reflects on the rise of technology and the marvelous nature of 3D, and explores ideas of smart city insfrastructure.

The shift from traditional mass media towards a system of fluid digital networks organised around the Internet has introduced a series of online collaborative communication patterns.

We are now well acquainted with the transformative nature of a contemporary mediascape and this is a highly publicised area of debate I find myself exploring regularly. We have become deeply immersed within the world of computers as we use them in every component of our lives.

What is controversial within this context is the emergence of a discussion around the 2D computer world, which is at once marvellous and primitive. Our perceptions are enhanced, but equally shielded by this technology.

Our world and our devices are increasingly connected and the line is becoming increasingly blurred. This is something that excites me. Take the growth of cloud computing and couple this with the proliferation of networked devices.

This is a prime example and is situated nicely within the realm of hyper-connectivity. Smart TVs, connected to Netflix accounts via mobile and tablet devices are somewhat old news today. But what about the future? 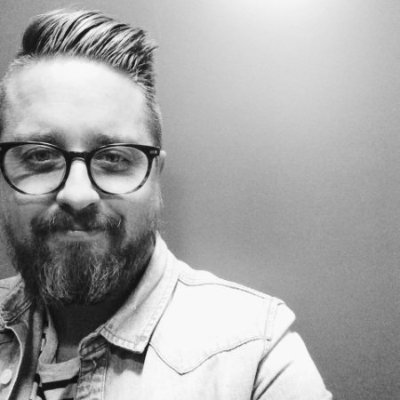 I like to consider the rise of smart city insfrastructure. We currently live in a world where an idea formulated on one side of the globe is immediately accessible in another. Imagine using this real-time information in the form of traffic data and predictive analysis to control traffic congestion?

I recently ventured to Stockholm where this was a reality – here I was able to visualise how innovation districts were built via connected city infrastructure. Something of a similar nature is occurring in Spain, where the city of Santander has sensors located around the city as an measurement tool to track the level of traffic congestion through to garbage disposal in public bins.

I love this example because it shows us how we can leverage the computer to enhance everyday capabilities. While urban planning was once the realm of civil engineers, a world of hyper connectivity has catapulted technologists and data scientists at the pinnacle.

Today we spend the majority of our time engrossed by the screen as we tap in and out of reality. In this respect, the 2D world of monitors and pixels is somewhat limiting. It is remarkable to fantasise about a world where technology truly understands us. A world where technology enables us to enhance our ordinary perceptions.

In essence, contemporary focus should be on the tools that enhance human experience through personable interaction, opposed to machines that limit our humanity. Engineers have built tools to extend our vision, but for decades we have explored from a seat behind screens and keyboards. What if we could leap over all of that and immerse ourselves within the environment?

In this context, it is particularly inspiring to explore the scale and scope of virtual reality through the rise of a newly constructed 3D world. The emergence of Holographic telepresence is at the forefront of this contemporary discussion, and it is interesting to examine innovative products such as the Microsoft HoloLens.

This untethered holographic computer enables an individual to interact with high-definition holograms in a 3D augmented reality. Take note of this transition, where emphasis is placed on the interactivity, on communication and production of people, rather than on the device.

Quite simply put, the humanisation of technology is becoming increasingly apparent – enabled by sensing the world through the mentality of a machine. Affordances such as speech recognition and biometric authentication are indeed making this rather romanticised concept a reality.

We are now experiencing the wrath of all things VR and AR (where the virtual space is layered over the real world). Keep a close eye on products like the HTC Vive, Sony’s Playstation VR and the Samsung Gear VR in the virtual reality space. These are not toys for the light hearted, and if you’re lucky enough to experience these first hand then you should embrace the opportunity.

Augmented reality is also infiltrating the parameters of the advertising space. I was particularly intrigued by Pepsi’s unbelievable bus shelter in the UK – when onlookers peeped through the giant augmented reality screen, it was as if an alien apocalypse had taken the world hostage. Think meteors, giant robots, tigers, and much more … both realistic and cool.

It is equally impressive to consider the rise of YouTube’s official 3D channel, which supports 360 degree and VR videos with spatial audio. From the comfort of a personal device, the modern day user is now able to experience a profound sense of depth in every direction imaginable and reflective of the first-hand experience itself.

While this is not necessarily the most alarming announcement in the tech industry, with Google having already embraced virtual reality through 360-degree video and immersive content, it is interesting to explore the synergy within the online virtual world to support the sharing and viewing of these 360 VR videos.

On this note, I was very much inspired when Canon launched a cool digital outdoor campaign in New York, which combined real-time photography tips based on the data taken from traffic conditions and social networks. On an interactive level, a digital billboard in the UK utilised an image of an abused and beaten woman to draw attention to the pressing issue of domestic violence – the extent of the woman’s wounds enhanced with the number of people who stopped to observe the image.

Advertisers are grasping our attention by inviting consumers to participate through interaction – why observe a product from a pixilated screen when you can experience it digitally?

This is a phenomenal time to be human. The emergence of a world harnessed on innovation has facilitated the construction of technology which can tap into our human senses more than ever. The rise of a 3D virtual world has enabled us to experience the digital beyond the confines of a pixilated 2D world, and this is within the realm of a not so distant future.