After two-and-a-half hours of blood, sweat and tears, Diana Chan was crowned the winner of this year’s MasterChef over Ben Ungermann with a final score of 90 to 89.

Media intelligence company Meltwater has taken a look at what Australians were saying on social media after last night’s intense season finale, specifically looking at trending themes, the share of voice and sentiment. 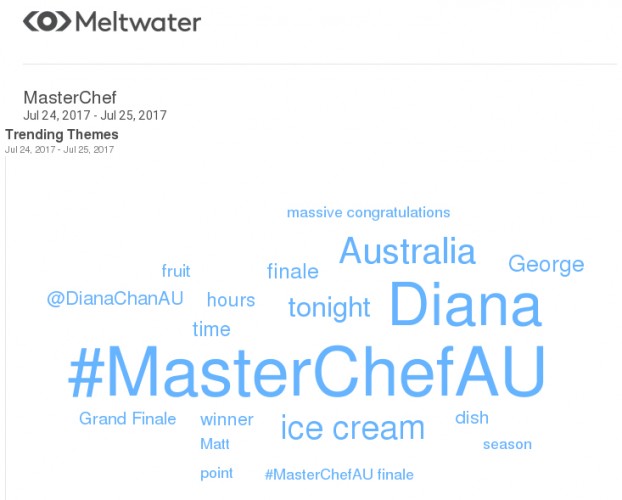 Unsurprisingly, Chan was trending on social media last night after her win but oddly enough, Ungermann’s name was nowhere to be seen.

Ungermann’s decision to make ice-cream for two out of three three dishes was not lost on Chan’s supporters, with many voicing their frustration and somewhat amusement at his choice to roll with what has become his signature dish in the final challenge. One user tweeted:  “This is the #masterchefau final and Ben Ungermann makes ice cream for the umpteenth time. So much growth” 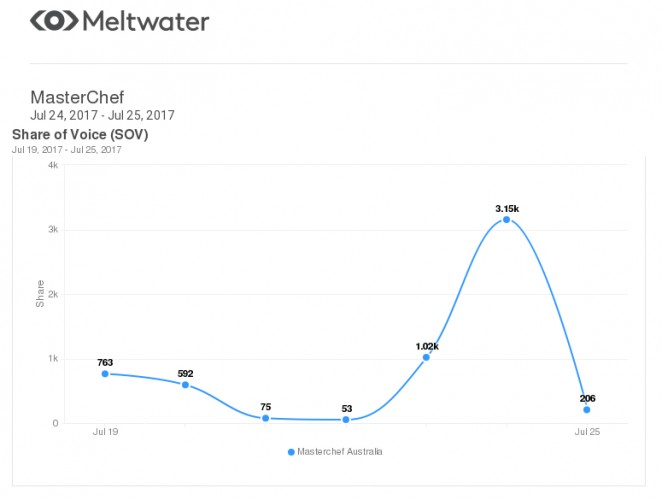 There was a 209 per cent increase in conversations around MasterChef in the 24 hours leading up to last night’s season finale, peaking at 3,152 conversations. 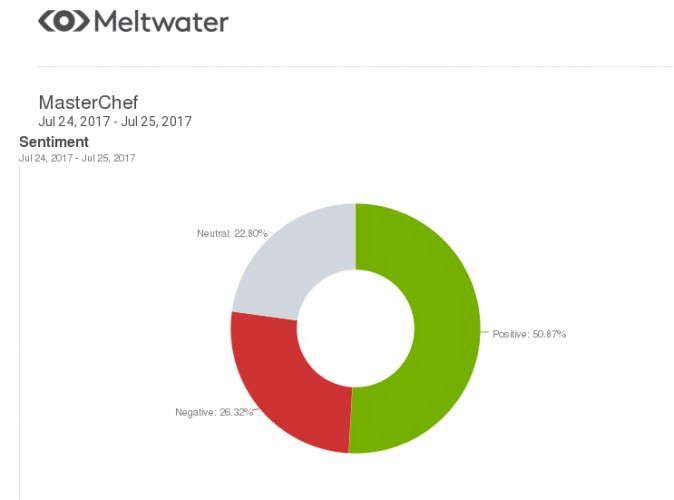 The overall sentiment for last night’s episode was fairly positive. There was a total of – on social media in the last 24 hours utilising the @masterchefau OR #MasterchefAU tags:

While a number of Australians turned to social to sing Chan’s praises, not all were impressed with the final result — with many users arguing that Ungermann deserved to win the second round and some even accusing the judges of purposely marking him down on the last dish so Chan could win #controversial