It’s that Tuesday again. The first Tuesday in November when the entire country waits with bated breath as the finest thoroughbreds race for riches. Cue one of the best known taglines in sporting history, “The Race That Stops The Nation.”

It is the richest turf race in the world, and companies are keen to cash in on the prestige and gossip surrounding Flemington as well as the millions of eyeballs glued to screens big and small come 3pm EDST.

Between 8am and 10am this morning, the hashtag had been used 3,376 times which Olive says will increase exponentially in the lead up to the race.

However he issues a note of caution for brands sitting in their newsrooms thinking about jumping on the hashtag.

Olive says: “The Melbourne Cup, like the AFL Grand Final, sees and explosion of social media activity in the lead up, during and just after the main event. And, like all major events, brands are trying to take part in the conversations taking place. However, as it is such a crowded and competitive space, being active should be treated with caution – the last thing social media users want to see is a brand attempting to participate when they don’t have the authority to do so. Don’t be surprised if the inevitable social media ‘fail’ of the Melbourne cup forms a big part of the post event analysis.”

So how are brands making the most of the opportunity? Let’s start with a little Bachelor cross promotion.

Who will the bachelor leave with At Melbourne Cup

Last Saturday at Derby Day in Melbourne, reality TV personality Blake Garvey aka ‘the most controversial and pathetically lovesick bachelor of all time’, was spotted mingling with his newest in-laws at Flemington. (He’s now dating runner up Louise in case you’ve been under a rock and missed the entire story.) 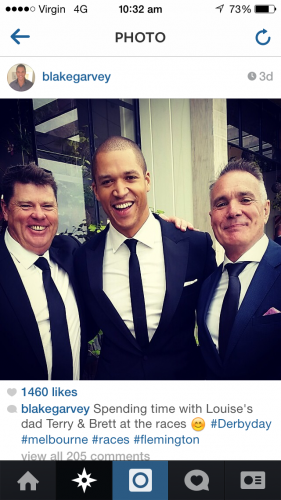 Those cheeky bastards at Sportsbet caught wind of this news and decided to run a novelty bet today in The Bachelor’s honour – the odds he’ll run off with his third girlfriend in as many months looks probable.

Here are the odds:

$5.50   Any other The Bachelor Contestant

The kids at Sportsbet also have Cup Day Specials for punters after a little more excitement than just the race itself:

$41      Power malfunction during the national anthem

While they’re not necessarily cashing in on a hashtag, Telstra are going to be making some coin today – eventually.

The telco projects it will experience a 25% drop in users before it explodes with more than 5% of the days total traffic being crammed into the 15 minute period straight after the race.

According to Telstra news, “based on current projections, we expect Melbourne Cup day 4G traffic to be around two and half times what we saw at last year’s event.”

The site says: “To deal with the demand, Telstra has more than doubled 4G capacity at Flemington and providing the kind of infrastructure that is required to support a medium sized city. For the technically minded, this includes 21 cells (with 90 carriers or channels) and 17 4G cells including a mix of larger sites micro-cells and in-building distributed antenna systems.”

Turns out our friends across the ditch are right into a cheeky punt on Melbourne Cup Day too. New Zealand creative agency Sugar and Partners put this 15 second TVC together for TAB in New Zealand ahead of the big race.

Just so you know, when they say ‘bit’, the really mean ‘bet’.

And for the rest of us out there who secretly wish we understood the ingrained etiquette of the day and how to place a bet like a pro, you can’t go past a few trusty apps.

Mashable Australia have got it covered from primping and preening to placing all your hard-earned dosh on the winning trifecta. One of the apps the tech site suggests you need today (this one’s for the sheilas) is the Glamazon app. 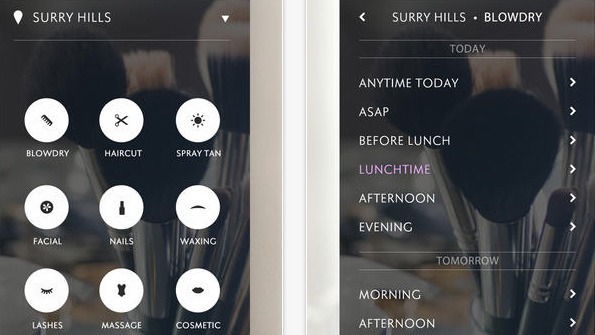 Jump on it and book last-minute appointments for all things beauty in Sydney and Melbourne, for a discount rate. You’ll waltz into the Emirates Maquee with no issues and minimal planning.

And for the blokes out their who secretly don’t have a clue about punting on Race Day, the Ladbrokes app from the British based gaming company is your saviour.

Mashable describes it as the ultimate guide to the race that stops the nation. “It not only teaches you how to place a quinella, exacta and trifecta, it also gets you up on the latest news, throws in a couple of quick Melbourne Cup facts to impress your mates and you can also place a sneaky bet. If you do place a bet, it will let you watch live streams from the app for free.”