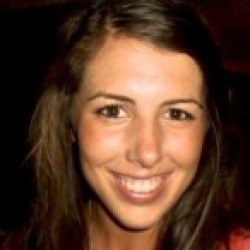 The team brings together best-in-class communications experts in key geopolitical centres around the world. The practice will be led by Pete Bowyer, who was the spokesman to former UN Secretary-General H.E. Kofi Annan on climate justice issues in the runup to the Copenhagen Climate Change Conference in 2009.

He will report into Marian Salzman, PRWeek’s 2014 Global Agency Professional of the Year and Havas PR North America CEO, for U.S. and Europe and to James Wright, managing director of Red Agency Australia and Havas PR APAC, for APAC. The Havas Worldwide Climate Practice will provide strategic consulting, communications advice and campaign mobilisation to clients on one of the most urgent issues facing our generation.

“There is real momentum developing across the world as a new global agreement on climate change approaches at the UN Paris Conference next year,” said Bowyer.

“It’s a top priority of UN Secretary-General Ban Ki-moon, the IMF and the World Bank, and world leaders are beginning to face up to the greatest global challenge of our age. But business and civil society have key roles to play as well. The Havas Worldwide Climate Practice will ensure that their voices are a critical part of that conversation, too.”

On-the-ground experts, each with direct experience with the issue, will support the hubs from more than a dozen countries (including Belgium, Brazil, China, France, Germany, Japan, Mexico, Poland, South Africa and UAE) to cover the leading geopolitical centres of influence. The Havas PR practice embodies the company’s belief that “Local is the new global” by drawing on its local knowledge and excellence in each key market.

“I am unbelievably excited about the launch of the Havas Worldwide Climate Practice,” said Salzman, who is also CEO of Havas PR North America. “Over the past five years, our people have been doing incredible, thoughtful and award-winning work on climate change. Looking ahead, the issue of climate will surely trend in 2015, and no other global communications network can claim our degree of firsthand experience or is better equipped to advise clients in this critically important area.”

The Havas Worldwide Climate Practice team’s experience on climate change includes work with some of the world’s most prominent institutions, corporations and spokespeople, such as:

Havas PR’s work for the United Nations Foundation has been a winner and/or finalist for numerous awards in the public relations industry around the world this year, including:

“They have been a key strategic asset to the United Nations Foundation in our work on climate change communications, helping us to penetrate new markets in new ways and take the global climate conversation to the next level.”

About the Havas PR Global Collective
Havas PR is the public relations and corporate communications arm of global advertising and communications services company Havas Worldwide, present in more than 75 countries on six continents. Together, our three dozen agencies and networks worldwide are one collective connected to one commitment: Future First. For more information, visit havaspr.com.