The objective for 2018 is to significantly grow their market share of the smartphone market in Australia.

To achieve this, the company is expanding their strategy to include more disruptive, non-traditional media.

“The extensive investment Huawei has made in new smartphone technology gives them a clear lead from a feature & benefits viewpoint. Our mission is to get this message out there in unexpected ways.”

“We feel once they engage and experience the Huawei brand, they’ll be open to considering a switch,” Mark Vincent, managing co-partner of Habitat Media.

The campaign idea was based on highlighting the Huawei Mate 10’s award-winning battery life that provides up to 48 hours of usage to the consumer.

The capability is enough to power the device for 22 hours of video playback, 22 hours of web browsing, 25 hours of 3G calling or 80 hours of music playback. 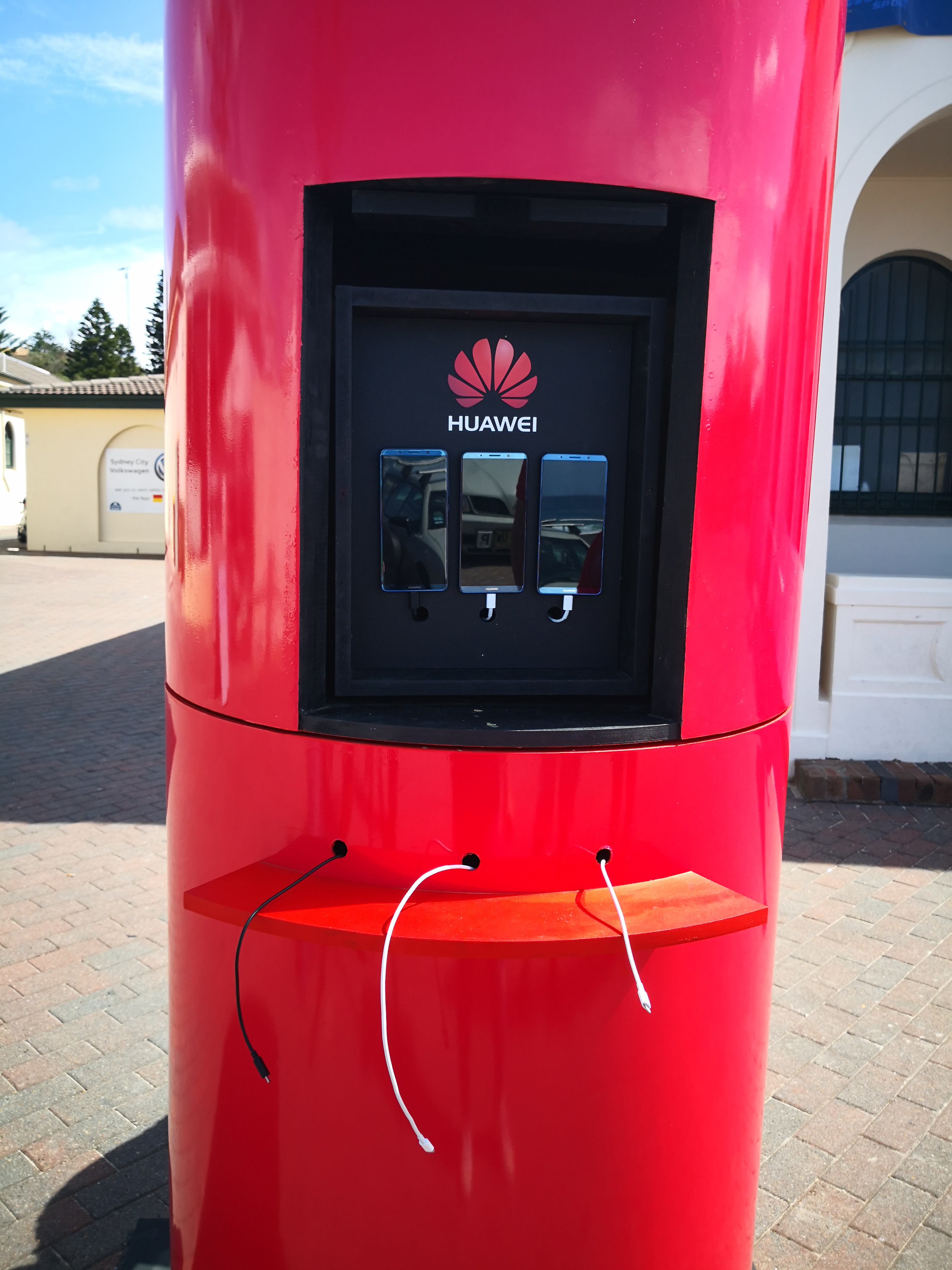 Paired with the SuperCharge feature the phone can get 1 days’ worth of charge in only 20 min.

For 48 hours at Sydney’s Bondi Beach, a mobile phone charging station in the form giant battery was placed in front of the iconic Bondi surf lifesaving club.

The station offered passers-by the chance to top up their battery.

While people were charging their phones, consumers were asked what their major ‘pain point’ was with their current phones and we identified that ‘short battery life’ was the major issue in each case.

It was then revealed to them that their phones were being charged by Huawei Mate 10 phones and not a hard-wired charging station, which created some genuine surprise and delight moments.

This was all captured on video and the result was a great content piece that has now been pushed out globally by Huawei.

To support this, we used stencils at the beach, in front of key locations in the city, near retail partners and close to competitors to remind the audience that the ‘best smartphone is already here’. Flyers were also part of the mix to educate the consumers.

Huawei is set to roll out several more campaigns for the Australian Market in the coming months.