According to the ABC, the Agriculture Minister Banarby Joyce has taken a swing at the campaign.

The group posted a rather graphic image on its Facbeook page of a man holding a bloody and torn up sheep. The caption underneath read ‘here’s the rest of your wool coat’. 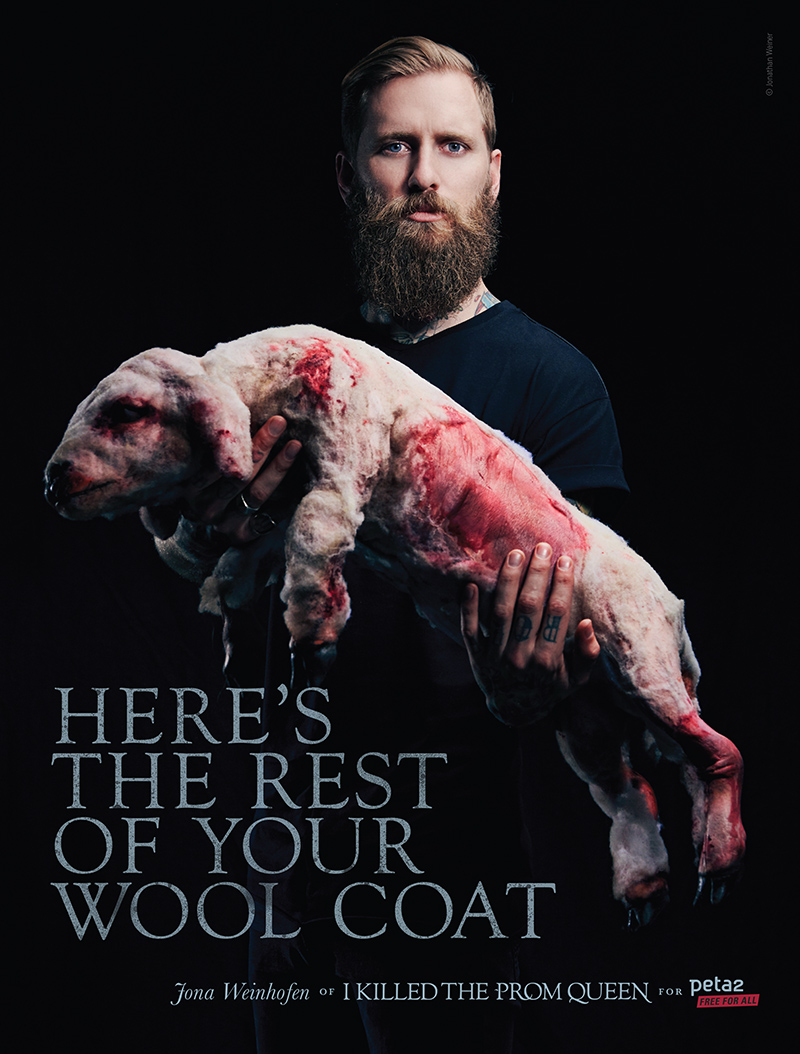 The image drew massive amounts of attention, with many exclaiming the claim PETA made was just not true.

The man depicted is Aussie musician Jona Weinhofen, who Joyce claimed had “completely insulated” the Australian wool industry by appearing in the campaign, reports the ABC.

“This idea that the whole industry is just a morass of brutality to animals is a lie,” he said.

“They’re doing what most people would acknowledge around the world as doing one of the hardest physical jobs you can do, in shearing sheep.”

Weinhofen reportedly said people had started taking the campaign too literally, as the sheep in the ad is a prop, not real. And that it was meant to depict cruelty as a whole, reports Mashable.

The ad also appeared on PETA’s website, PETA2 where it says: “Twenty-five percent of the world’s wool comes from Australia, and it’s made from 100 percent cruelty.” The page also included a video depicting Weinhofen talking about the cruelty and other wool alternatives.

PETA is no stranger to graphic images and campaigns. Just last week Miley Cyrus’ sister, Noah Cyrus, was in a campaign to shed some light on classroom dissections.

The image campaign was not for the faint hearted as Cyrus posed as a corpse atop a table.

Read more about it here.