For its June “comedy issue”, the US edition of men’s magazine GQ brought in comediennes Kate McKinnon, Issa Rae and Sarah Silverman to star on the cover all resplendent in glamorous evening wear.

But to give the issue a unique comedic twist, editorial staff purposefully gave the trio extra contorted arms and legs.

The gag was an apparent dig at a Vanity Fair’s “Hollywood” cover from 2018 that was so badly Photoshopped it appeared to show Reese Witherspoon with three legs and Oprah Winfrey with an extra hand. Check out the two covers below: 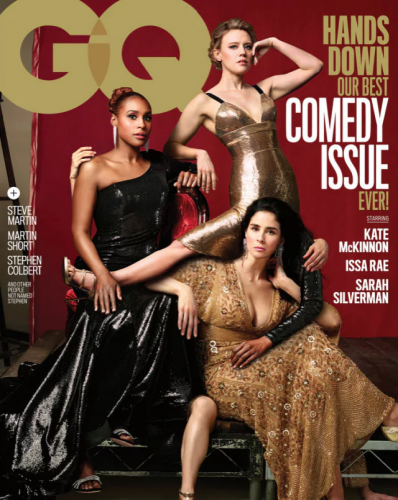 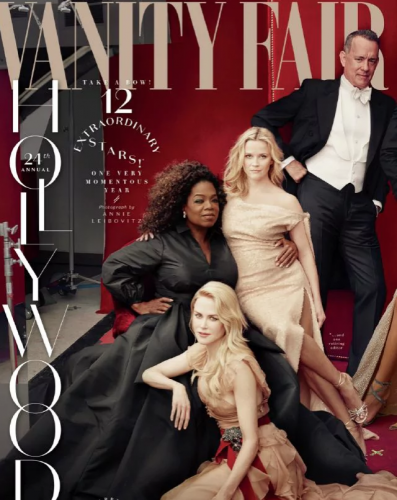 All funny stuff indeed; however, both GQ and Vanity Fair (VF) are owned and published by Condé Nast in the US and VF bosses are apparently furious at the parody after the larks at GQ failed to give them any prior warning of the stunt.

A Condé Nast insider told the The New York Post that there was “mass fury at VF today, the staff and editors are really upset. GQ is spoofing the VF cover which came out with all the Photoshop mistakes, the mysterious extra legs and hands attached to Oprah.

“They are being mocked by a sister publication, nobody told them in advance, and they found out about it at the same time as everyone else, when the GQ cover was released.”

The offending Vanity Fair Hollywood issue caused a Twitter storm back in January last year as fans pointed out the odd Photoshopping of the image created by one of the planet’s best photographers, the legendary Annie Leibovitz.