It’s a big ‘happy birthday’ to the Australian Gourmet Traveller Magazine, which is celebrating its 50th birthday this year and has launched a special anniversary edition to mark the occasion.

The biggest in its half century of publication, the issue is a whopping 276 pages, making it not only the largest ever produced, but also the most commercially successful in its long history.

Launched in 1966, Australian Gourmet Magazine started a conversation with food lovers that continues to this day by highlighting cooking trends, cultural shifts as well as introducing cuisines, chefs and dining experiences to readers. Travel was added to the mix in 1988 when it merged with Traveller magazine.

A long way from its first ever cover, which featured lobster mornay and retro design, the cover showcases delicious cakes across an impressive gatefold.

Trade media attended an exclusive media lunch at Rockpool Bar & Grill yesterday to tip our hats to the milestone birthday and the hard work of the team to pull off the mammoth anniversary issue. Tonight, celebrations continue at the same venue with about 300 guests in partnership with Patrón Tequila. 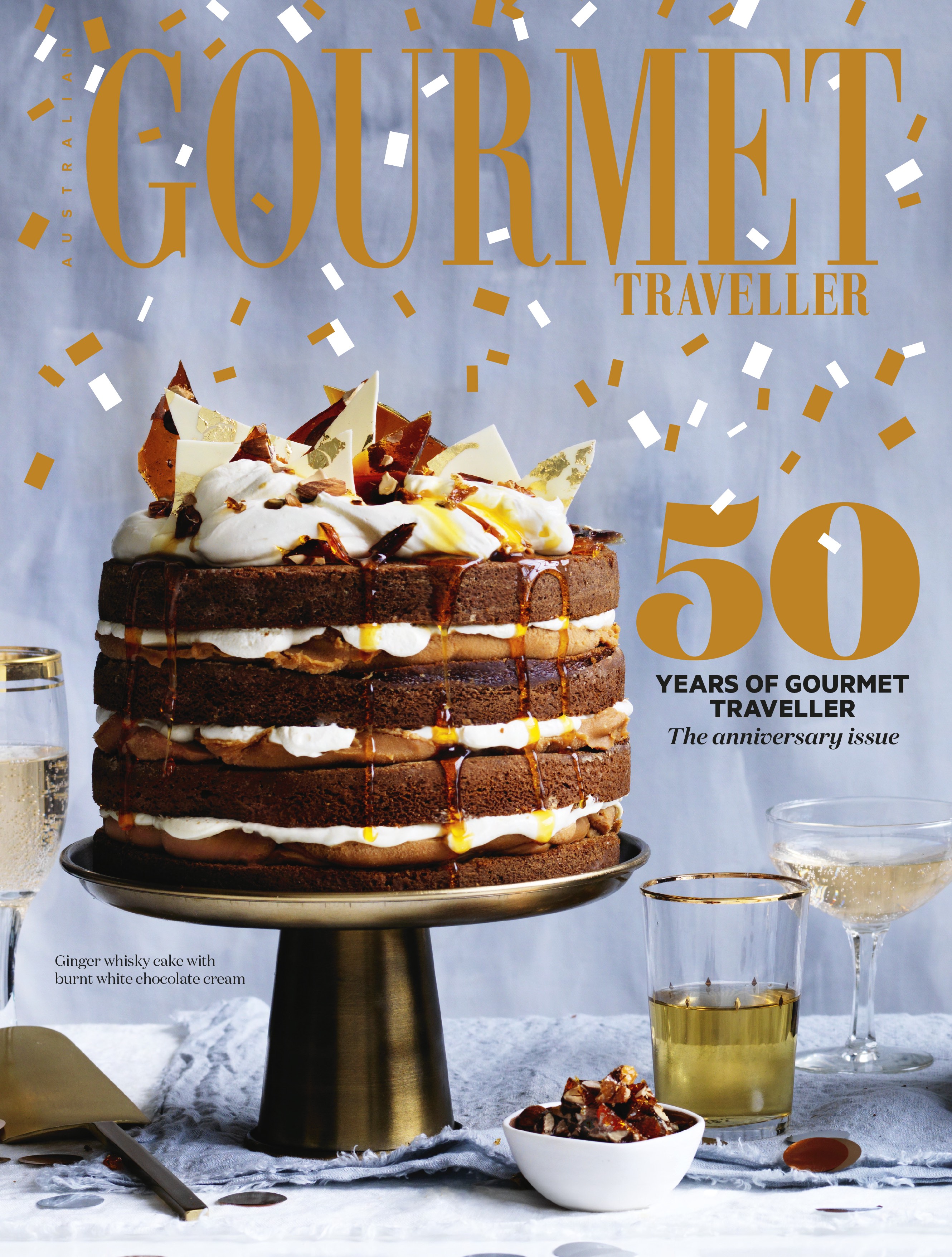 At the media lunch, Cornelia Schulze, publisher of the specialist division at Bauer Media said that while people are always shy or ashamed to talk about the supposedly dying print medium, “we need to change this conversation”, citing Bauer Media is a proud champion of print.

“What we do is connect with an audience and I don’t think that’s ever going to change. And as long as we continue to do this, boy, do we have a bright future.

Schulze added, “Gourmet Traveller is the preeminent food and travel brand in Australia which for the past five decades has connected passionate audiences with advertisers. While the mission of the magazine has not changed, the way we engage with consumers will continue to evolve in order that Gourmet remains relevant for the next 50 years.”

The bumper 50th issue pays homage to the trailblazers who helped shape Australia’s food scene as well as looking at the next generation of chefs who will take us to new frontiers. There is a snapshot of the best eating in the country with 50 dishes that define Australian dining now, author Frank Moorhouse examines what the food scene was like in 1966 and the 50 most influential people in food are named as part of Gourmet Traveller’s inaugural Power List.

Editor-in-chief Anthea Loucas Bosha, said, “I have had the pleasure of editing this magazine for 13 years, a role that has afforded me a front-row view of the changing tastes of Australians and remarkable stories of adventures and journeys both near and far.

“We live in exciting times – the Australian food and travel scene has never been more dynamic or diverse and it’s a pleasure to chart that innovation across all the channels Gourmet Traveller operates in.”