A BBC newsreader has become an instant social media hit after he threw to a colleague reporting live in the US and mistakenly muddled the chap’s name as Ally McBeal.

Ally McBeal was, of course, a legal comedy-drama television series that last aired back in 2002 and starred Calista Flockhart in the lead role.

This time around, BBC presenter Clive Myrie was reporting on a story involving US actor Justin “Jussie” Smollett who has been arrested on charges of filing a false police report after claiming to be the victim of a  racist and homophobic attack.

Throwing to his US correspondent, Aleem Maqbool, for the full story, the hapless Myrie introduced Maqbool as Ally McBeal.

Despite the clanger, the ever-professional Maqbool smirked and simply soldiered-on.

Twitter – as it so often does – noticed Myrie’s mishap and #AllyMcBeal soon began trending. No more so than Myrie himself, who soon tweeted, “I got my mucking words fuddled!” 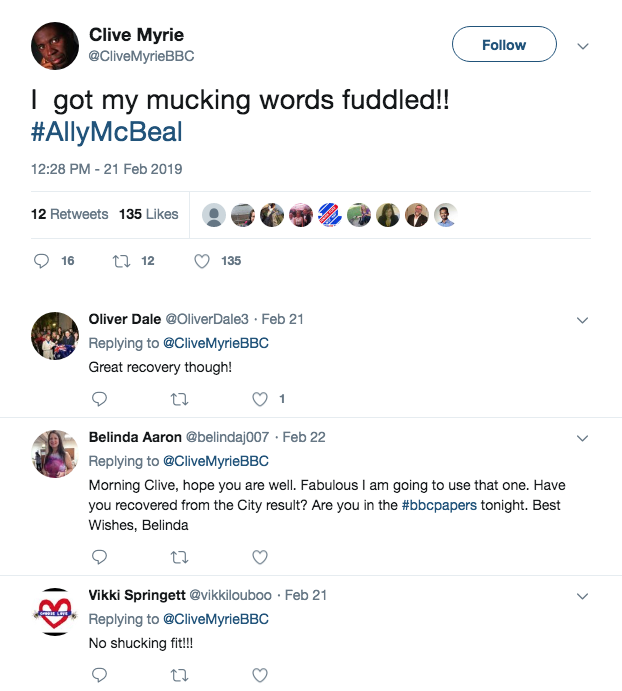 Thankfully, Maqbool appeared good humoured about it too, later tweeting: 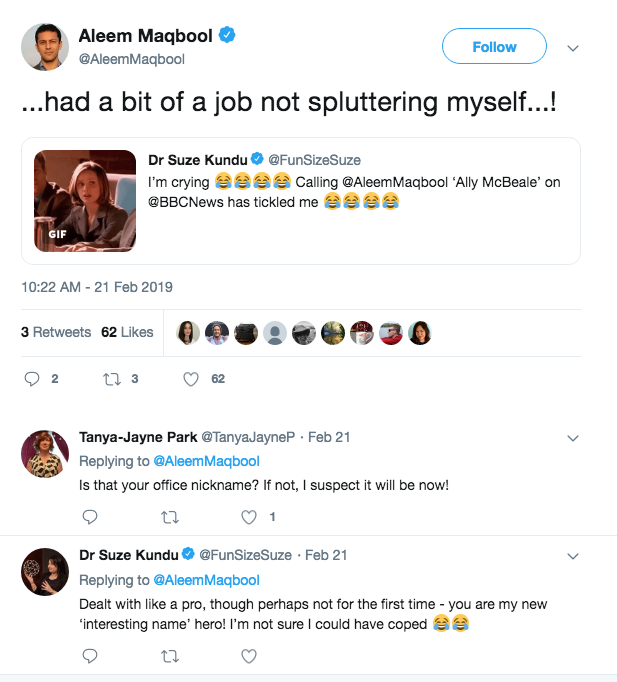 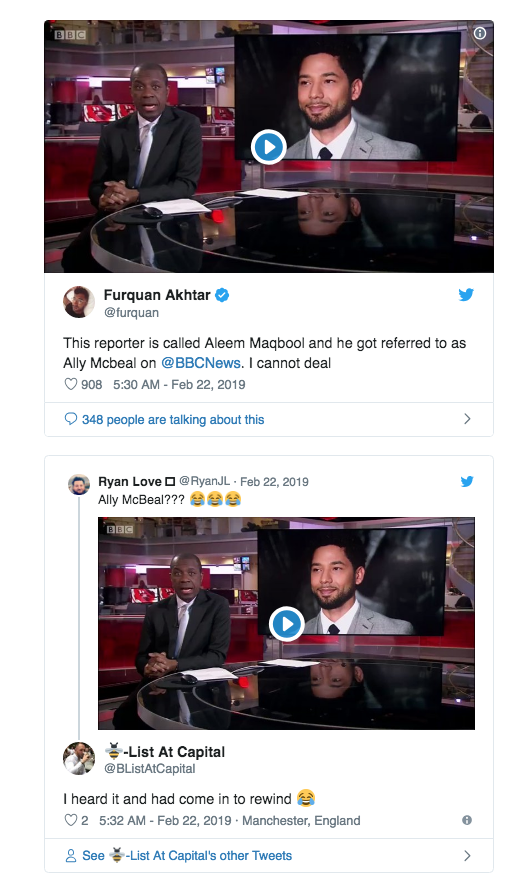