The internet has been media’s great democratiser and has meant that information is no longer the sole domain of a few billionaire media moguls.

That’s the view of Tim Duggan co-owner of Sound Alliance who was one of the keynote speakers at a debate in Sydney last night titled “Good riddance to the media dinosaurs”. 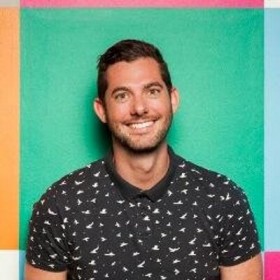 Sound Alliance publish sites such as Junkee, inthemix and FasterLouder and it was pretty clear that Duggan was firmly on the side of those who believe traditional media is fast moving to extinction.

He believed that there was a confluence of factors that are leading traditional media – newspapers, radio, free-to-air – down the road to irrelevance. Duggan cited “disruptive technology, bad timing, incompetence and hubris” as factors in their demise.

“These media dinosaurs are the media dynasties that have controlled our information over the past century or so,” Duggan said, “with tightly held assets, strict government protection and high barriers to entry. They used to tell us what to say and what to think by printing millions of newspapers every day and broadcasting on radio and TV.

“But then came along the great democratiser – the internet,” he said. “Prior to the internet the news you got or listened to was 100 per cent determined by somebody else that wasn’t you, but fast forward to now and media fragmentation is in full swing.

“Instead of a few billionaire media proprietors the walls have been scaled and there are now thousands of independent, unique, colourful and diverse media players who are all now being given the chance to be heard properly for the first time in history.”

Duggan admitted to last night’s audience he was still a fan of newspapers such as The Sydney Morning Herald and The Australian and said digital disruption didn’t mean the end of journalists and good journalism.

“I’m not saying good riddance to thousands of journalism jobs or the death of good journalism, what I’m saying is new media has given it a much needed shot in the arm. It’s allowed new voices to be heard. If traditional media are the lumbering dinosaurs then new media is uninhibited and unencumbered by history and we figure things out as we go.

“Journalism has never been more exciting and because the walls have come down finally all the other voices are giving the audience what they deserve. For the first time in history the power has shifted from the hands of a few to the hands of many,” he said.