Australian out-of-home player, GOA has announced the addition of another billboard to its digitally-advanced ICONIC range.

Spring Hill is the latest Brisbane suburb to gain a visually superior and digitally advanced ICONIC billboard and its integration into 201 Leichhardt Street’s south-facing facade is a first for GOA and the ICONIC series.

The Spring Hill ICONIC is the first wall mounted ICONIC to be erected by GOA. 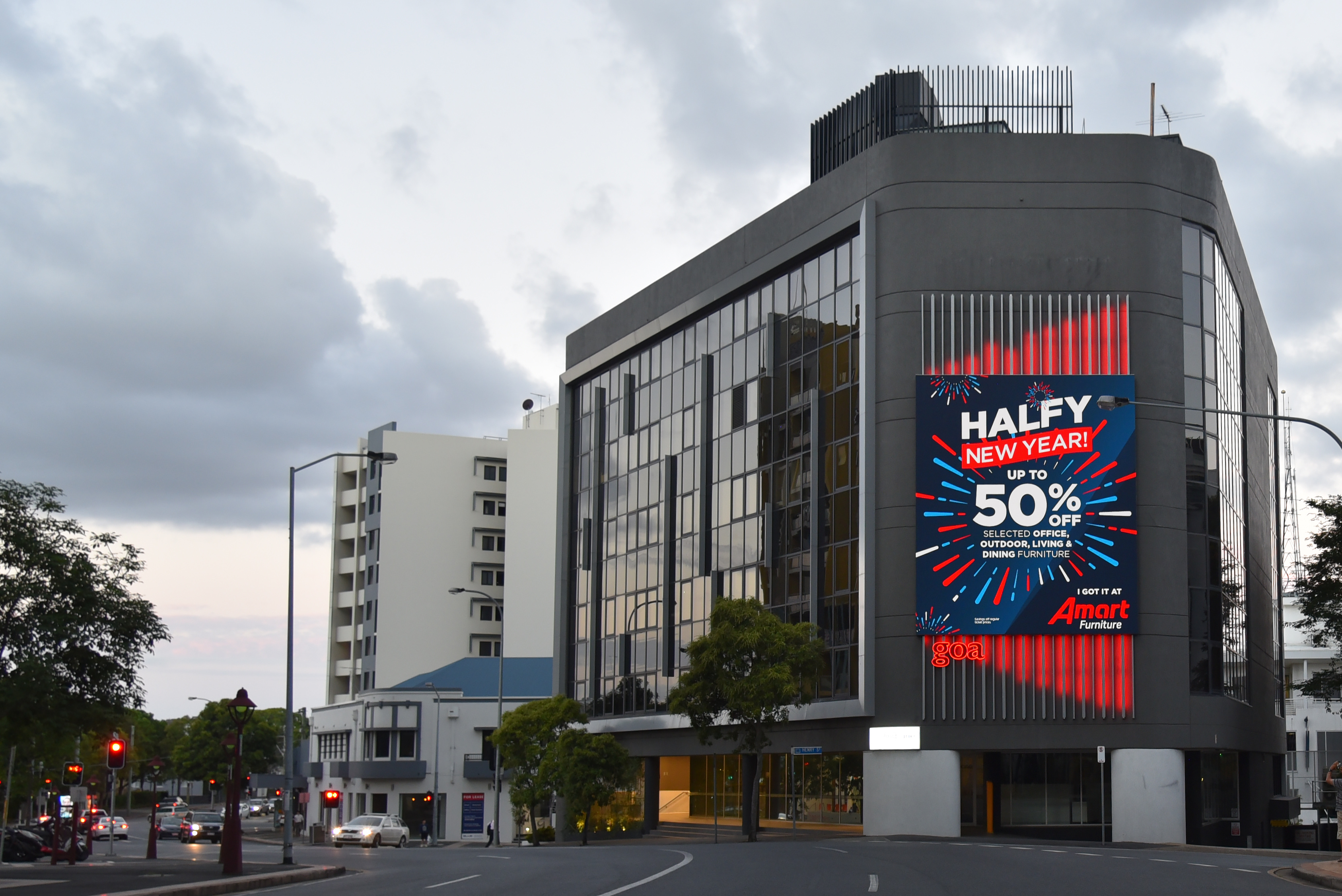 The innovative design incorporates the use of the existing architectural fins on the building to produce an eye-catching LED lighting feature which illuminates staggered lengths of the wall between fins creating an “equalizer” effect.

The lighting effect changes colour with each creative, highlighting the dominant tone.

GOA managing director Chris Tyquin said that Spring Hill’s new ICONIC site is a testament to the success of the series and speaks to the future of the industry:

“The future of billboards is digital. That’s undisputed. However, it’s GOA that is looking beyond even that to what consumers will want 100 years from now.

“Nobody knew they needed a smartphone until the iPhone rolled around—that’s what the ICONIC series is, a shot in the arm for both the marketplace and the consumer,” said Tyquin.

It employs the same principles as the rest of the ICONIC series in Brisbane, boasting luminescent features within the structure, that morph with the artwork and landscaping around the site, all of which adds to the visual amenity of the space.