DesignStudio, which has offices in London and San Francisco, has expanded its operations to Australia with a third office in Sydney.

Founded in 2009 by designers Ben Wright and Paul Stafford, the global brand and design agency has worked with a number of clients including Airbnb, the English Premier League, Deliveroo, and Twitter.

“In 2009, we started our journey in London and focussed on building relationships with the likes of Airbnb, the Premier League and Deliveroo,” Stafford said.

“In 2014, we opened our San Francisco studio to be on the doorstep of more brands who are as ambitious as we are, and Sydney is the natural next location.

“Sydney is an incredible city with a fantastic culture and a place that we can continue our journey collaborating with ambitious companies.

Leading the new studio in Sydney is creative director James Gilmore, who was a former design director at DesignStudio London.

Gilmore has been living and working in Sydney for over a year now, and is currently vice chairman for New South Wales at AGDA. 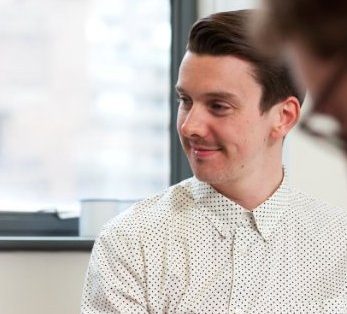 He has also been working with multiple universities in Sydney, including the University of Technology Sydney, Billy Blue and Shillington as a guest lecturer and mentor.

Commenting on his new role, Gilmore said: “Opening DesignStudio Sydney holds a lot of personal significance for me, having spent four years working in the London studio with teams there and in San Francisco, and the past year living and working here in Sydney.

“It’s is an incredible city, and the conversations around the importance of design in pushing brands, organisations and communities to be better, think differently and change the world around themselves for the better are only increasing.

“It seemed like a natural time to be part of this dialogue in Australia.

“With DesignStudio Sydney, we have the opportunity to build a studio with a strong culture, an attitude to the power of design and technology to shape business, as well as engage and work with the creative community to create a space which supports, champions and grows young talent through involvement in education.”