From Brexit to the Rio Olympic Games, the local Australian elections to the unfolding refugee crisis, 2016 saw the Getty Images’ editorial team of award-winning photographers provide coverage of all the biggest events to hit the world this year.

The Getty Images Year in Focus 2016 collection curates the year that was in stunning photographs, including the defining moments that encapsulate the global news agenda and events of 2016.

The images captured by Getty Images photographers are designed to connect people to the world through the power of pictures, from political chaos and war-torn zones, to the moments the world celebrated, from the Oscars and Fashion Week to Usain Bolt’s winning shot.

Partnering up with Twitter, Getty shared these images at an event at Twitter HQ in Sydney last night. The event showcased the biggest tweets of 2016, from major surprises in global politics and tragedies, to the deaths of great talents to major issues like #BlackLivesMatter and #LetThemStay.

Now Twitter has revealed how 2016 unfolded for Australian users, including how we reacted to major events, what moved us and what brought us together. 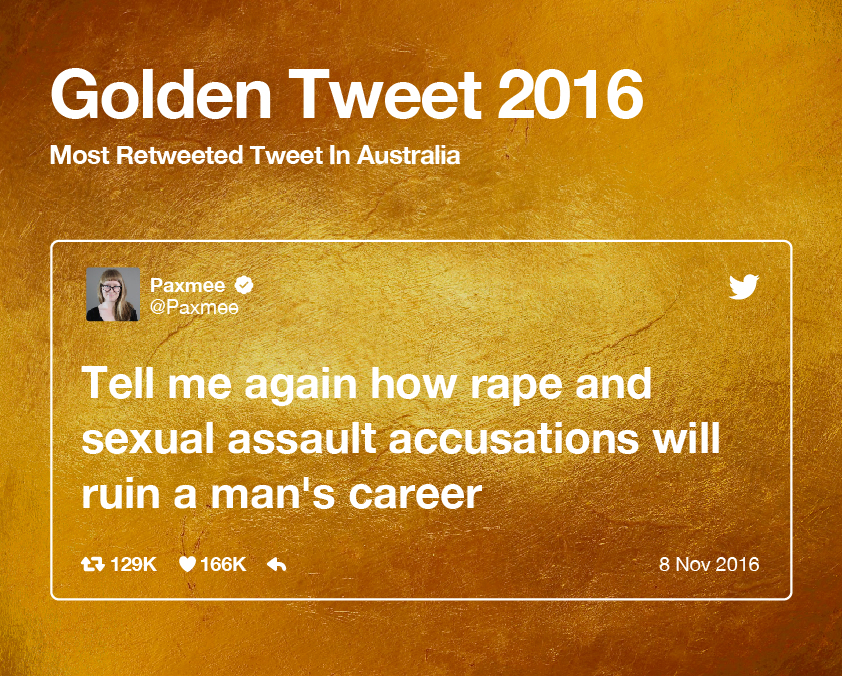 And a wrap up of Australia’s Twittersphere: 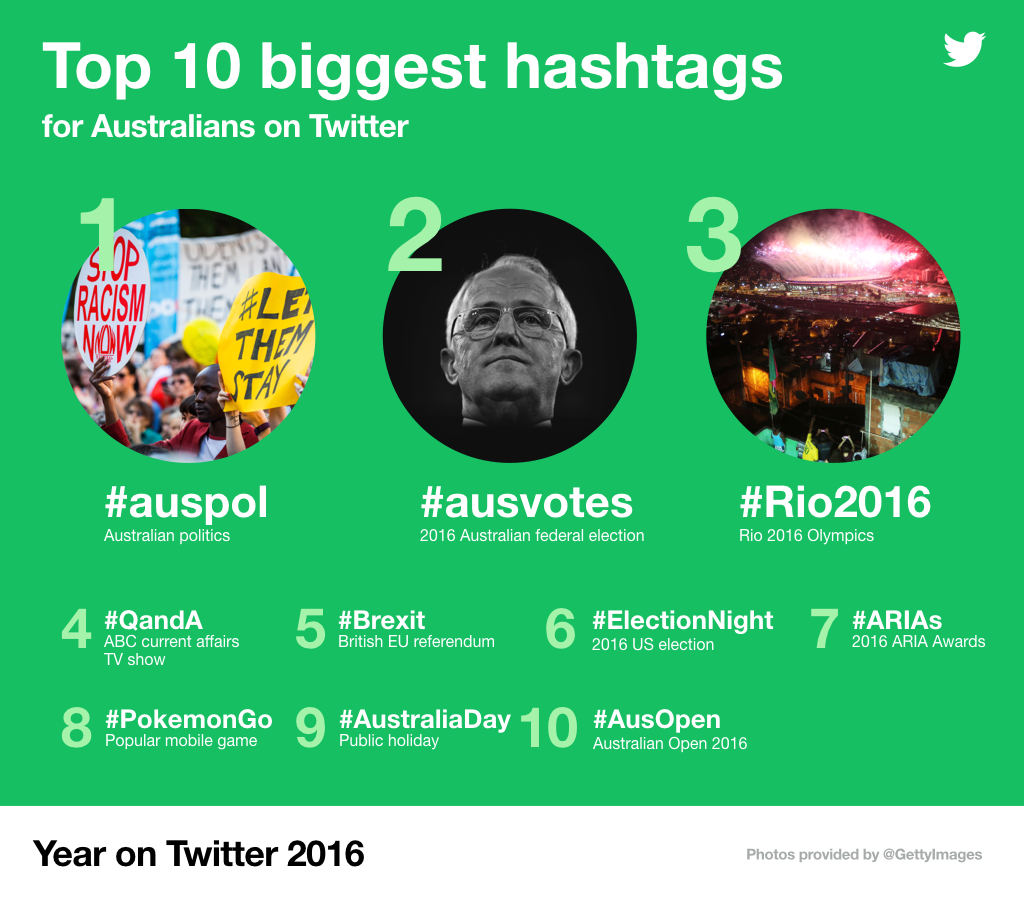 And now on to the Getty Images archives, and just a sneaky snapshot of the biggest photographed moments from 2016: 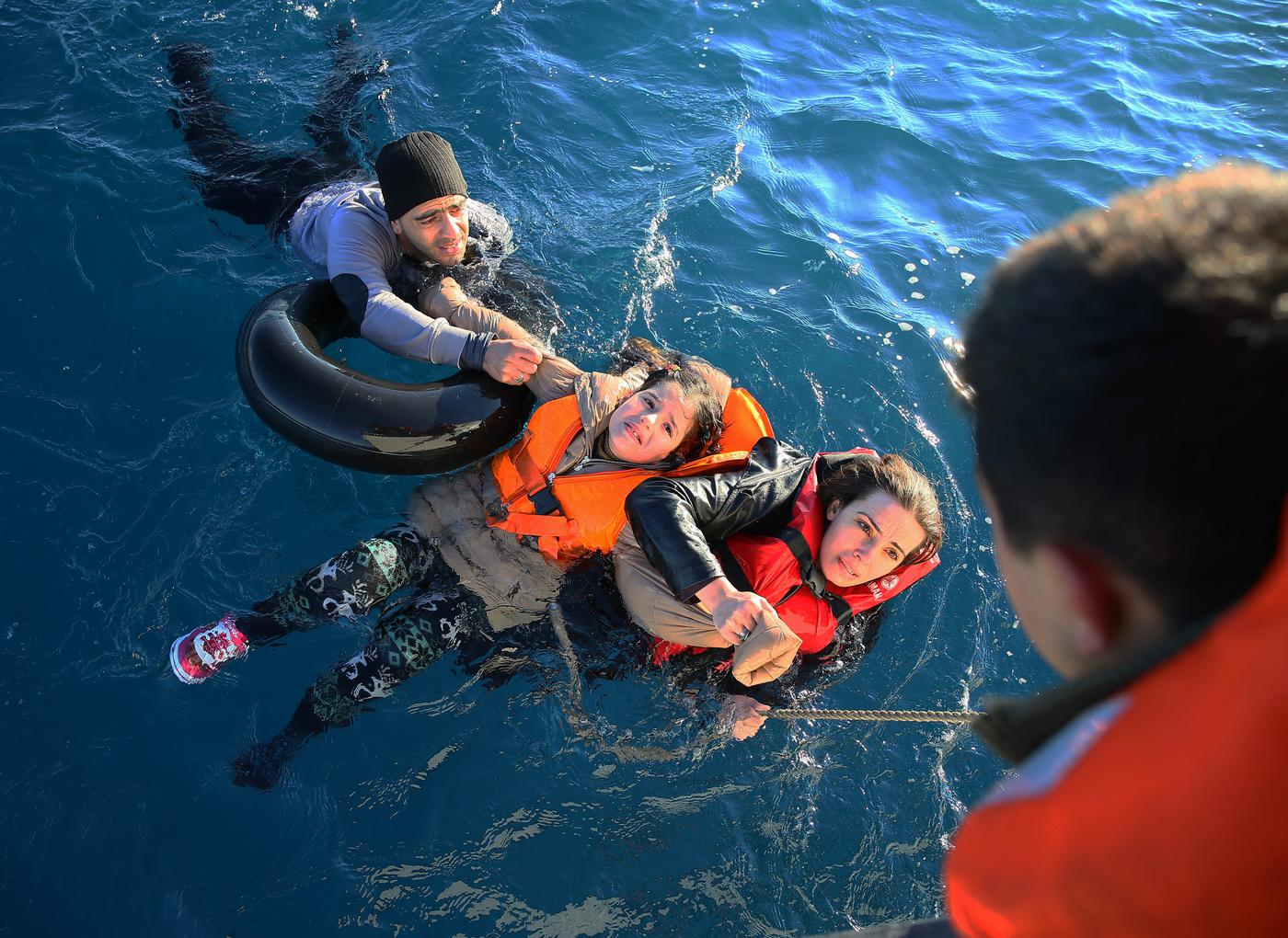 AYDIN, TURKEY – JANUARY 22: Turkish Coast Guard personnel help refugees as they swim with buoys, after they toppled over a fishermen dinghy en route to Greece on January 22, 2016 in Didim district of Aydin, Turkey. 4 refugees body including 3 children pulled out of the water as Turkish coast guard personnel rescued 43 others. (Photo by Emin Menguarslan/Anadolu Agency/Getty Images) 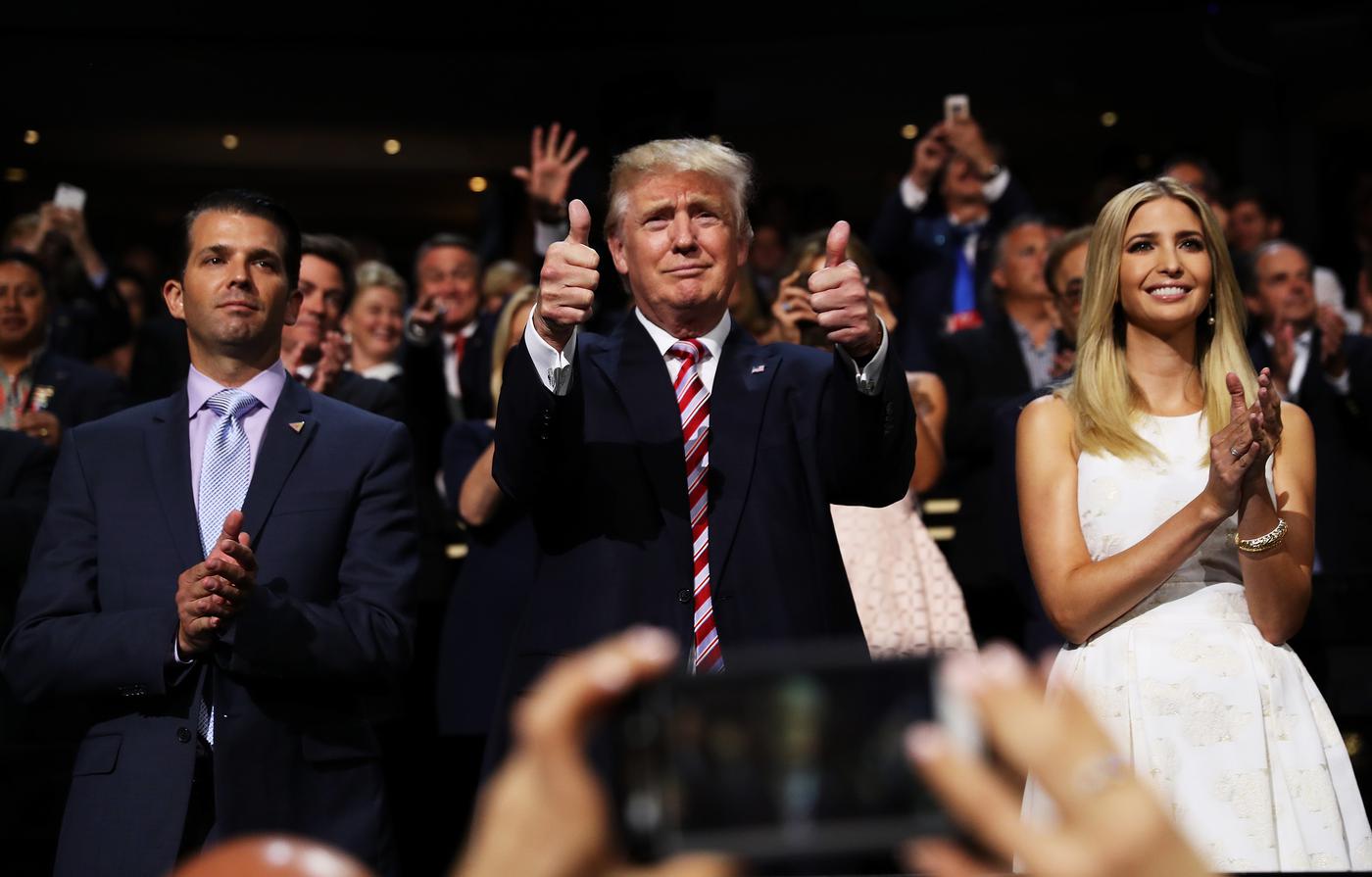 CLEVELAND, OH – JULY 20: Republican presidential candidate Donald Trump (C) gives two thumbs up as Donald Trump Jr. (L) and Ivanka Trump (R) stand and cheer for Eric Trump as he delivers his speech during the third day of the Republican National Convention on July 20, 2016 at the Quicken Loans Arena in Cleveland, Ohio. Republican presidential candidate Donald Trump received the number of votes needed to secure the party’s nomination. An estimated 50,000 people are expected in Cleveland, including hundreds of protesters and members of the media. The four-day Republican National Convention kicked off on July 18. (Photo by Joe Raedle/Getty Images) 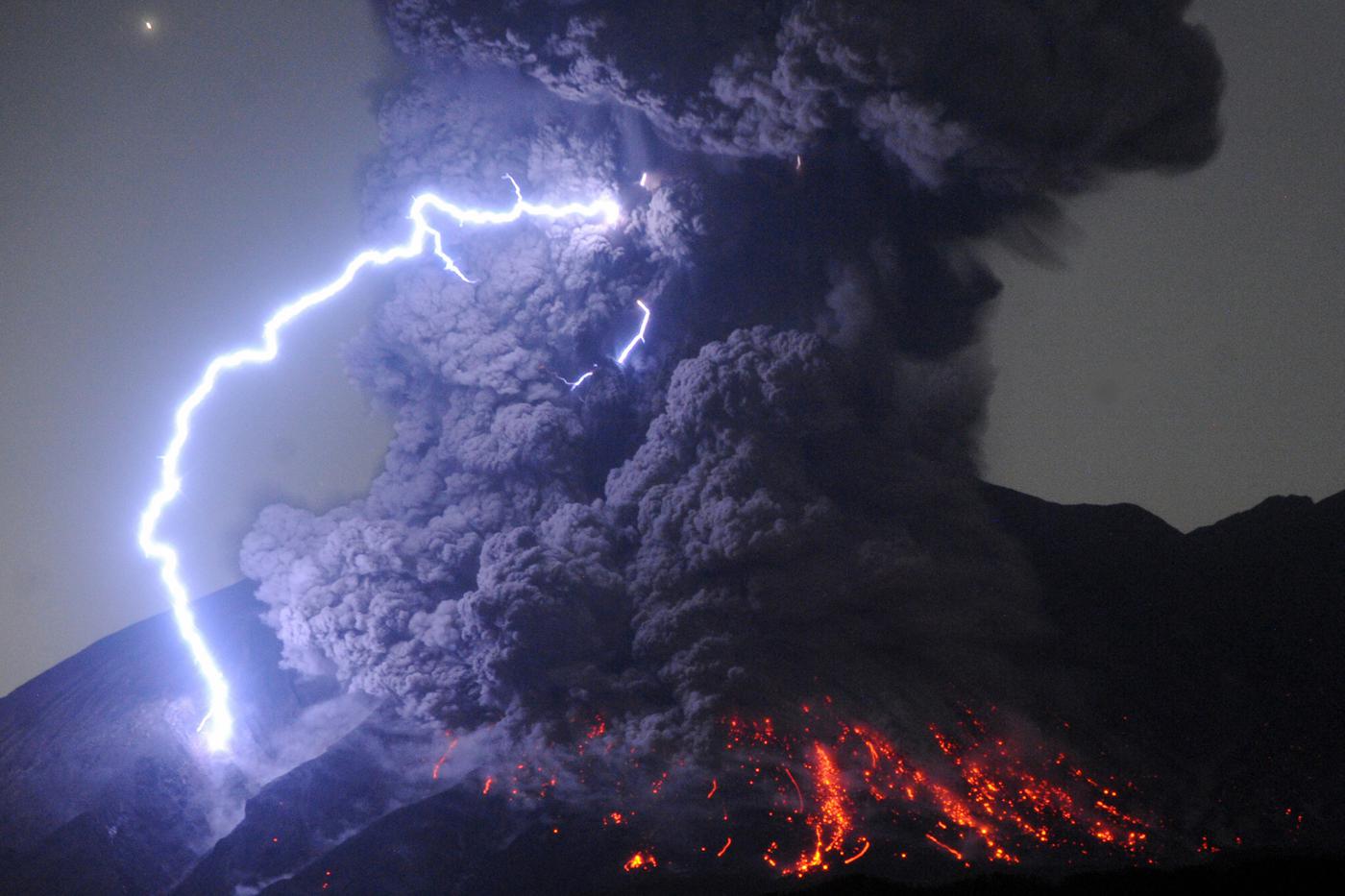 TARUMIZU, JAPAN – JULY 26: (CHINA OUT, SOUTH KOREA OUT) A dirty thunderstorm occurs over Mount Sakurajima as the volcano erupts violently at 12:03 am on July 26, 2016 in Tarumizu, Kagoshima, Japan. The eruption occurred at the mountain’s Showa crater. This is the first time that the active volcano in southern Kyushu has spewed out a smokestack that high since an eruption on August 18, 2013, according to the Kagoshima Meteorological Office. (Photo by The Asahi Shimbun via Getty Images) 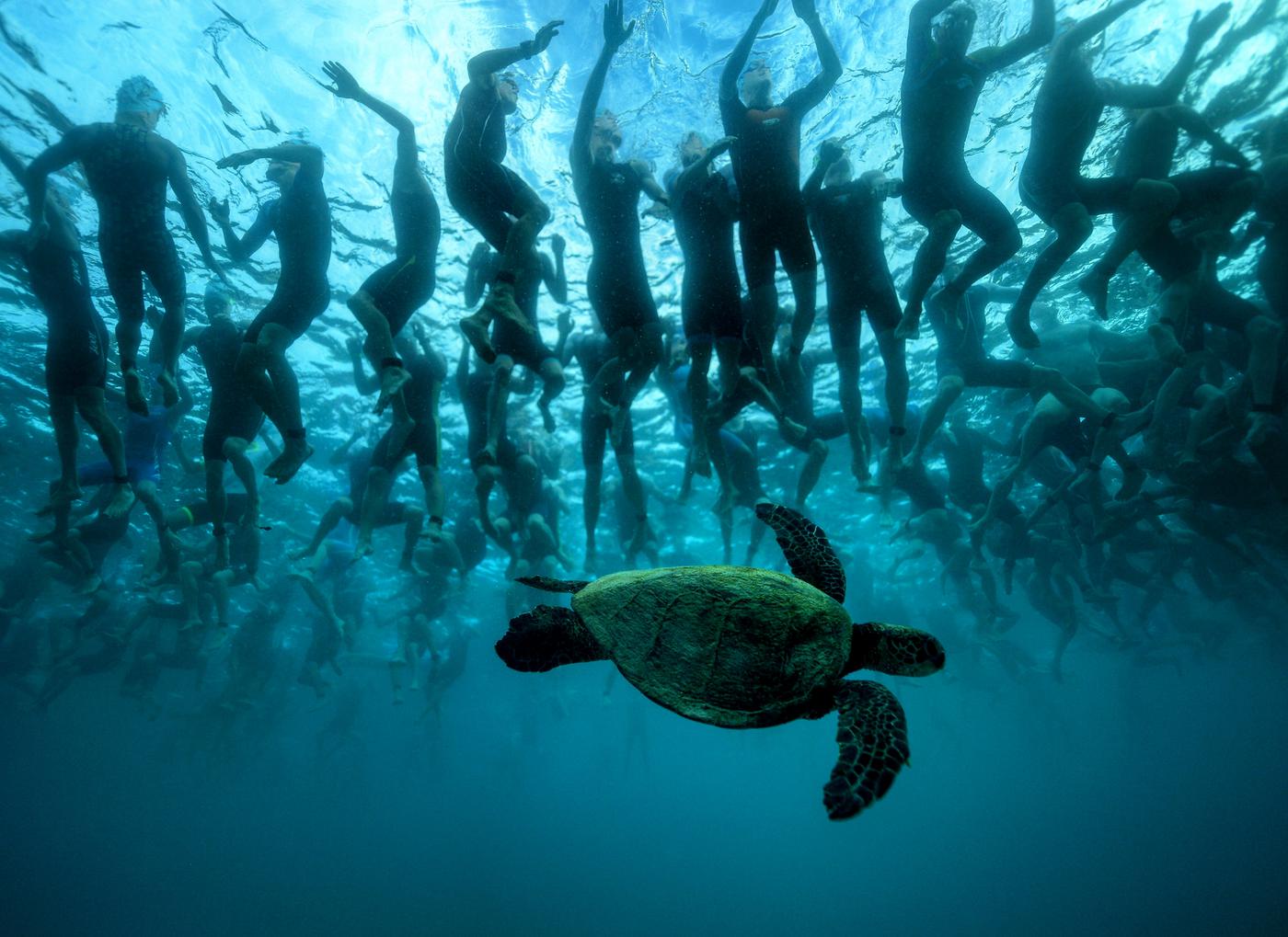 KAILUA KONA, HI – OCTOBER 08: In this handout photo provided by IRONMAN. The green sea turtle, also known as ‘Honu’, is a symbol of good luck and longevity in Hawaiian lore. This native friend provides a little mystique to the 2,300 athletes who await the start signal of a 140.6-mile journey at the 2016 IRONMAN World Championship triathlon on October 8, 2016 in Kailua Kona, Hawaii. (Photo by Donald Miralle/IRONMAN via Getty Images) 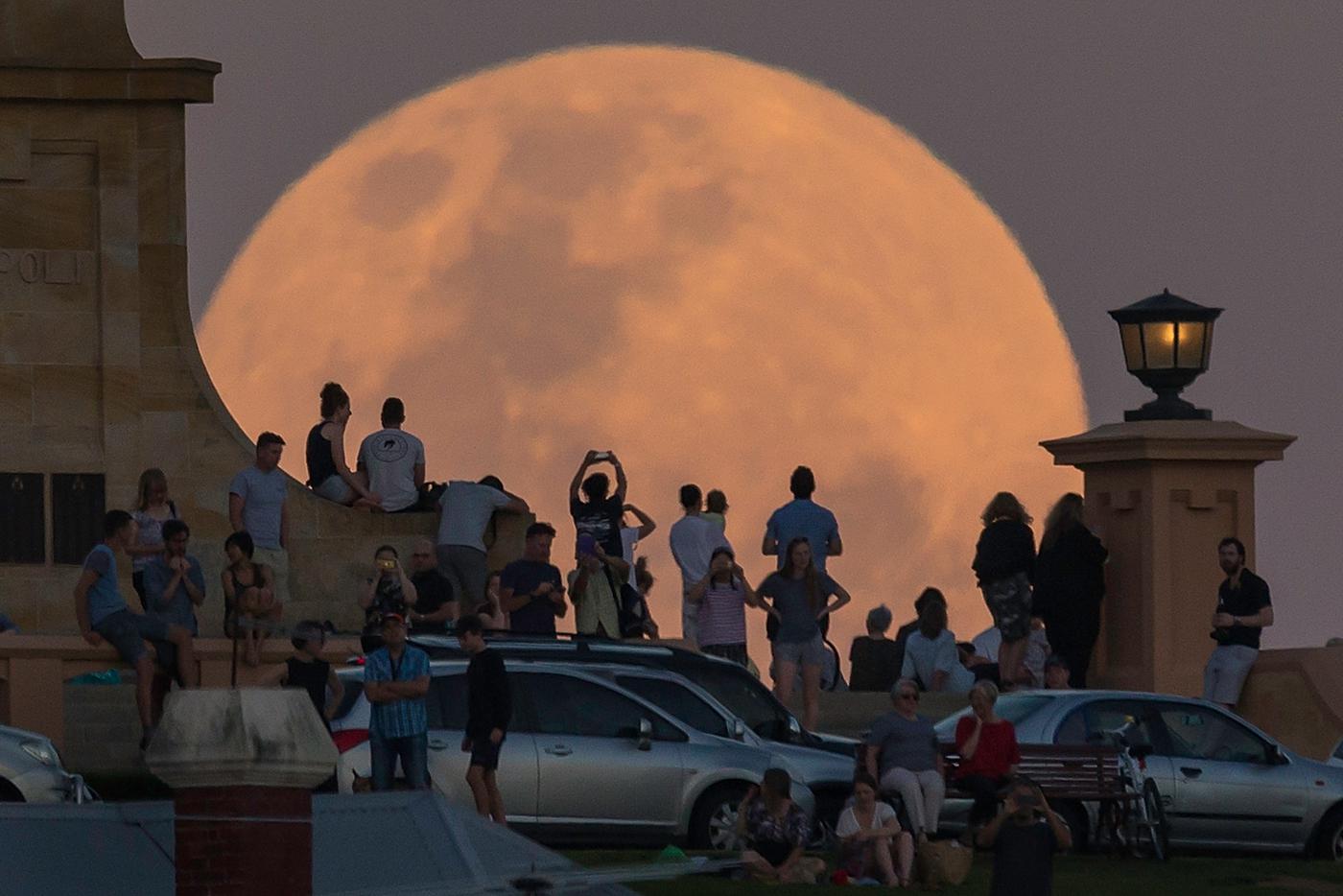 FREMANTLE, AUSTRALIA – NOVEMBER 14: Crowds look on as the super moon rises behind the Fremantle War Memorial at Monument Hill on November 14, 2016 in Fremantle, Australia. A super moon occurs when a full moon passes closes to earth than usual, with the November 14th moon expected to be closer than it has been in over 70 years. (Photo by Paul Kane/Getty Images) 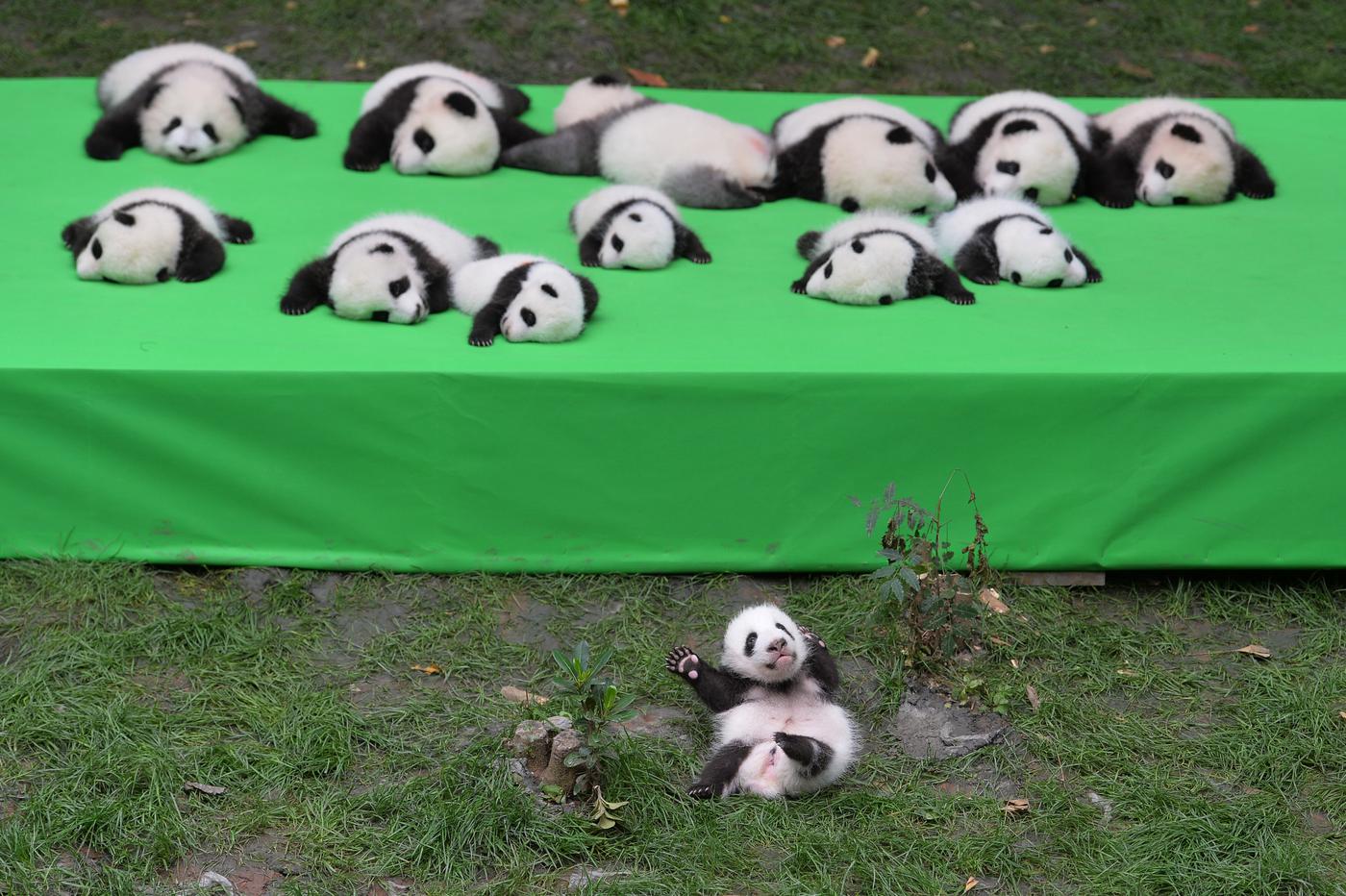 CHENGDU, CHINA – SEPTEMBER 29: 23 giant panda cubs make their debut to the public at Chengdu Research Base of Giant Panda Breeding on September 29, 2016 in Chengdu, China. All the 23 panda cubs were born in the base this year. (Photo by VCG/VCG via Getty Images) 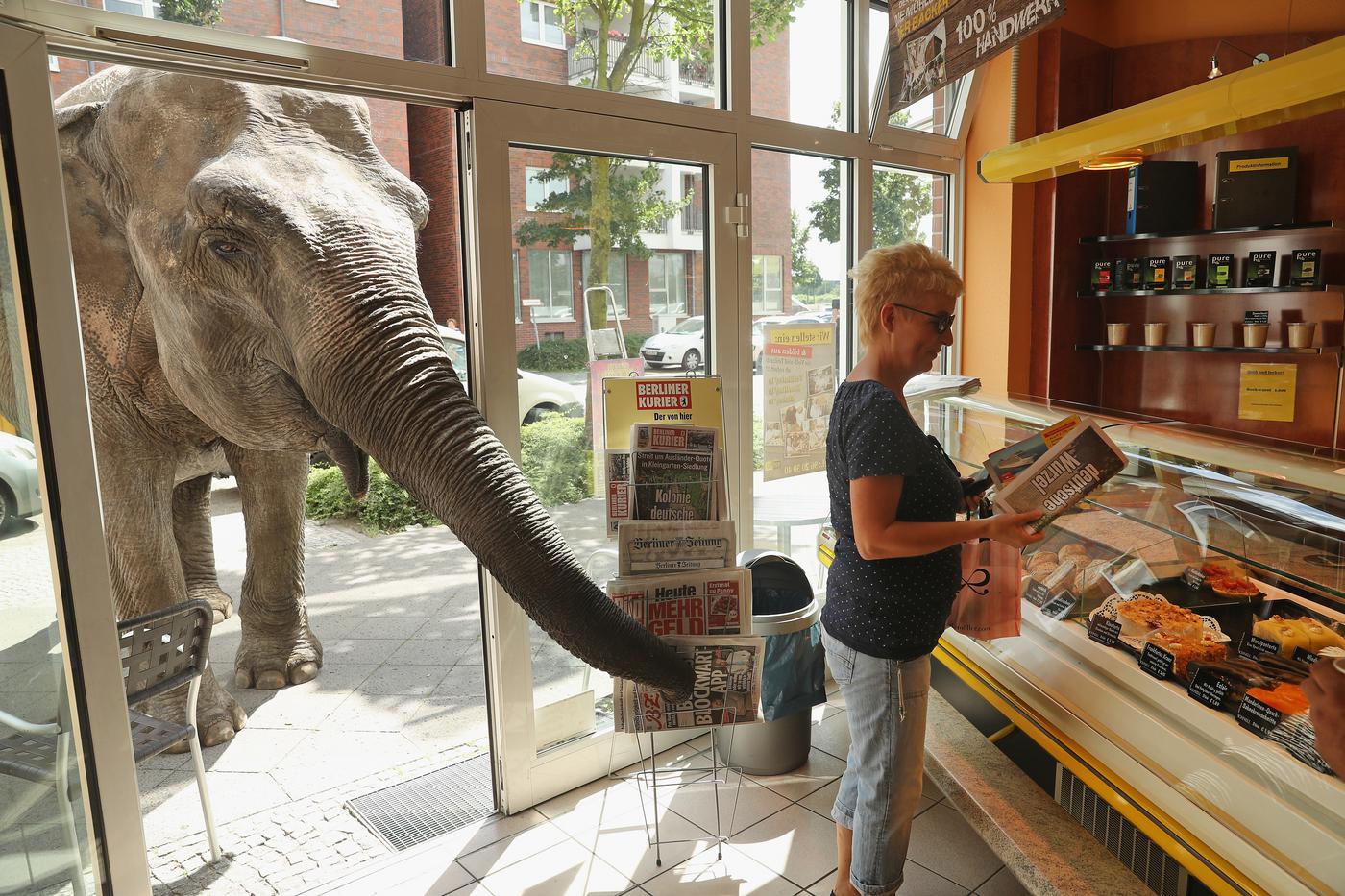 BERLIN, GERMANY – JULY 01: Maja, a 40-year-old elephant, extends her trunk into a bakery as a customer buys a newspaper while Maja took a stroll through the neighborhood with her minders from a nearby circus on July 1, 2016 in Berlin, Germany. Maja performs daily at Circus Busch and circus workers take her on walks among the nearby apartment buildings to vacant lots where she likes to eat the grass. City authorities sanction the outings and federal regulations reportedly encourage activities for elephants to stimulate the animals’ cognitive awareness. (Photo by Sean Gallup/Getty Images) 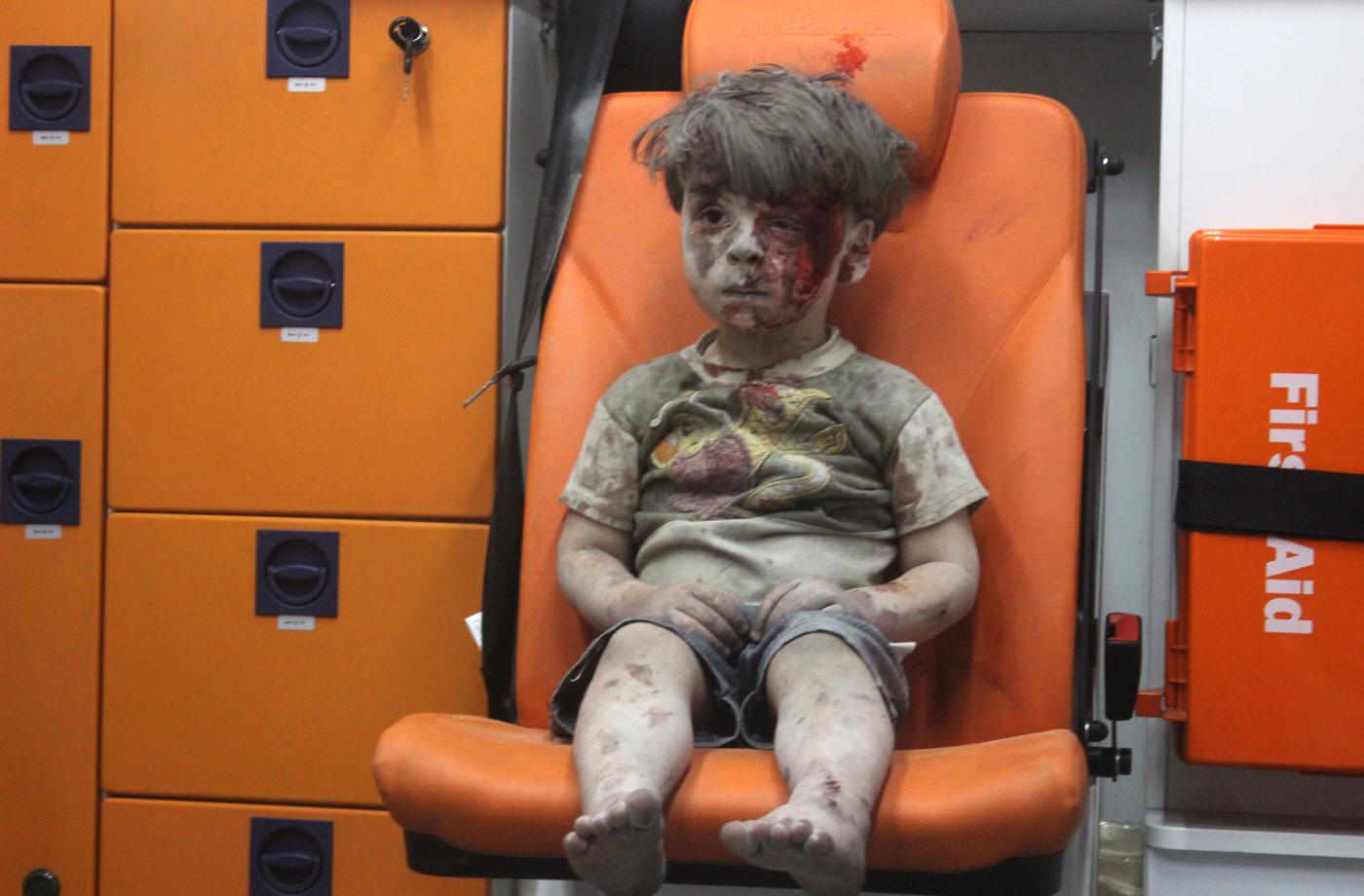 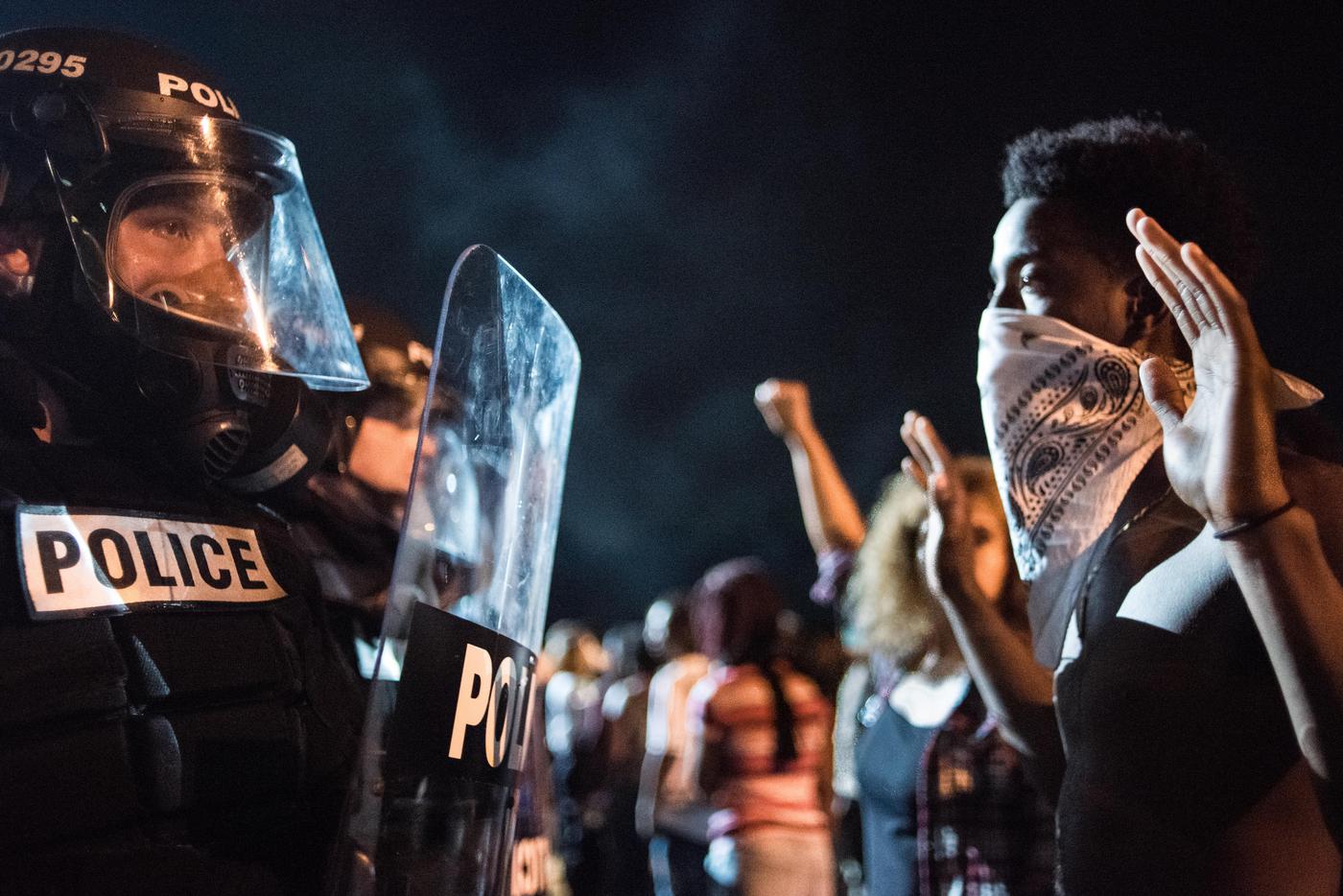 CHARLOTTE, NC – SEPTEMBER 21: Police officers face off with protesters on the I-85 (Interstate 85) during protests in the early hours of September 21, 2016 in Charlotte, North Carolina. The protests began last night, following the fatal shooting of 43-year-old Keith Lamont Scott by a police officer at an apartment complex near UNC Charlotte. (Photo by Sean Rayford/Getty Images)
Advertise with us
Connect with:
LinkedIn