Dylan Howard was of the journalists enlisted by Weinstein (pictured above) to find info on women who accused the director of sexual harassment so that he could use it against them, according to The New Yorker.

Howard used to be a sports reporter at Seven before he was dismissed in 2008 over the scandal involving stolen medical records for the AFL. 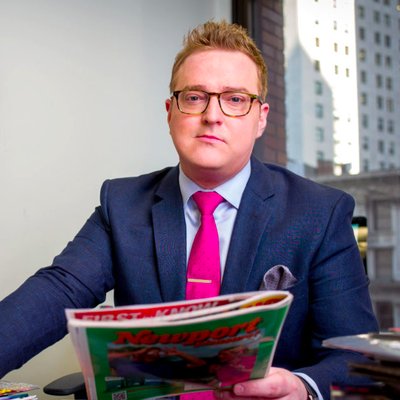 He’s now employed as the chief content officer at American Media Inc. (AMI) – publisher of titles such as US Weekly, the National Enquirer and OK! USA – and oversaw a TV production agreement with Weinstein, which has now been terminated.

The New Yorker claims Howard was part of Weinstein’s media “army of spies”, and shared “material” obtained by an AMI reporter via email as part of an effort to help the producer disprove the rape allegation made against him by actress Rose McGowan.

Howard also filled in Weinstein about an off-the-record phone interview that one of AMI’s reports did with a lady whose husband left her to shack up with McGowan, according to The New Yorker.

“I have something AMAZING. . . eventually she laid into Rose pretty hard,” Howard wrote.

Weinstein replied: “This is the killer. Especially if my fingerprints r not on this.”

To which Howard said: “They are not. And the conversation . . . is RECORDED.”

In a statement to The New Yorker, Howard said he had an obligation to protect AMI’s interests by finding – but not publishing – facts about those who Weinstein believed were making incorrect claims against him.

“To the extent I provided ‘off the record’ information to Mr Weinstein about one of his accusers – at a time when Mr Weinstein was denying any harassment of any woman – it was information which I would never have allowed AMI to publish on the internet or in its magazines,” he said.

Howard also insisted that his work with Weinstein was strictly separate from his work as a journo.